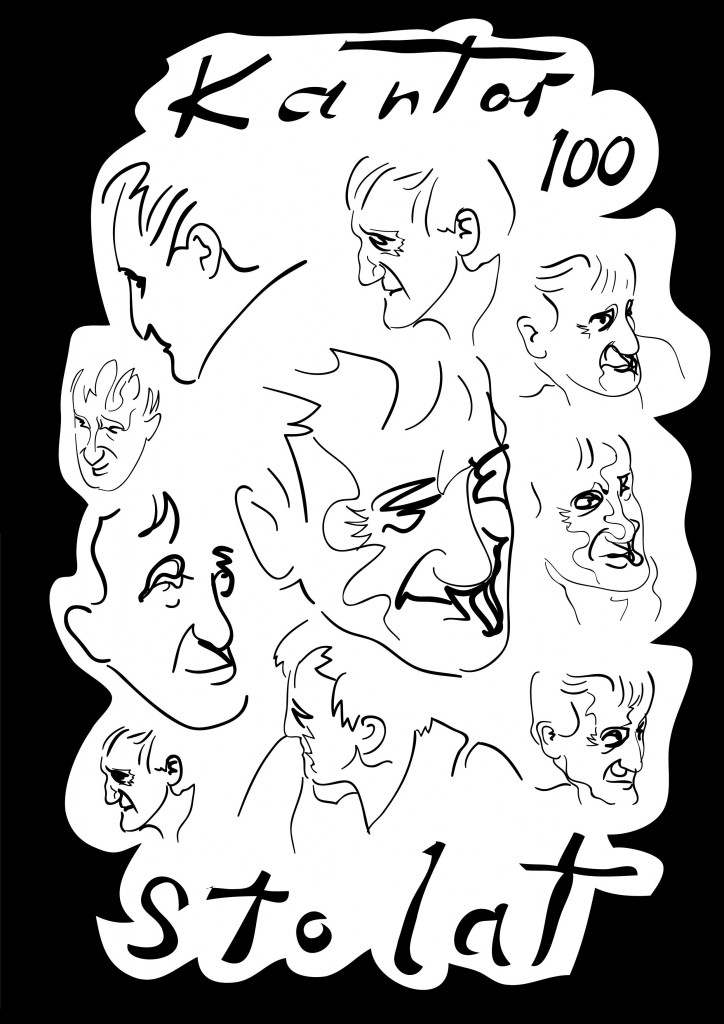 The European Theatre Research Network (ETRN) at the University of Kent in Canterbury is planning a day and a half symposium for academics and the public on the life and work of Polish theatre director and visual artist Tadeusz Kantor to celebrate 100 years since his birth. ETRN is collaborating on this project with Tom Skipp, a British filmmaker from Madrid. It is funded and supported by the Institute of Adam Mickiewicz, Warsaw, as part of their Culture.pl programme as well as the University of Kent’s School of Arts, ETRN and the Polish Cultural Institute, London.

The symposium is now open. Details of how to attend are here. Highlights include 3 performances, 2 film screenings, one of rarely screened Kantor footage, walkabouts including Goshka Macuga’s letter (tbc), as well as 23 UK and international speakers. Richard Demarco will be our guest of honour. The symposium charge, which includes teas and coffees as well as supper on Friday and lunch and high tea on Saturday, as well as access to all screenings and performances is: £50 full price, £40 concession.

A workshop for a maximum of 20 people will precede the symposium, led by Bogdan Renczyński, former actor in Cricot 2, with Małgorzata Paluch-Cybulska, archivist at the Cricoteka, Krakow. This will be exploring Kantor’s work in practice and theory and will lead to the generation of performance work, a rare and exciting opportunity in the UK.  A few places are now open to external participants.

The workshop will start at 10am on Tuesday 15th September and will finish on Friday 18th at midday. There will then be a work-in-progress showing at the symposium on the Friday evening. The fee (£110 full price, £90 concession) for the workshop also includes participation in the symposium and food and drinks during it (but not during the workshop). Accommodation needs to be arranged and paid for separately by participants.

See here and here for examples of Bogdan’s work with students.

To apply for a place, please send by 6th July to KentETRN@gmail.com a two-page CV and 200-word statement of interest outlining why you want to participate.

Selection will happen after this cut off date. You will be notified soon after whether or not your application is successful.  Payment will be required within a week of acceptance, otherwise your place will be offered to someone on the reserve list.

The workshop and symposium will be in English.

Martin Blaszk: ‘Don’t Let the Artist Die, Let Him Re-invigorate the Dead Class!’
Kevin Haynes: ‘Tadeusz Kantor: The Card Player!’
Marta Kufel: ‘Tadeusz Kantor’s ‘Fallacious Bethlehem’ – after the gaps of presence’
Dominika Larionow: ‘The legacy of Tadeusz Kantor in Polish Art after 1990’
Martin Leach: ‘What is the ‘Idea of the Cricoteka’?’
Klaudiusz Święcicki: ‘Homeland in Tadeusz Kantor’s Plates of Memory’
Tomasz Wiśniewski: ‘Friction or eruption: traces of Kantor in Wierszalin and Complicite’
Katarzyna Woźniak: ‘A room of memory as a laboratory for physical actions’

Knuckle and Joint will be presenting Mr Ridley as a walkabout
There will be a work in progress showing based on ‘The “Las Meninas” Collection’ workshop
Etched directed by Andy Hurst with Judi Vivas, a multi-media response to Kantor
Conversation with an Umbrella by Nenagh Watson