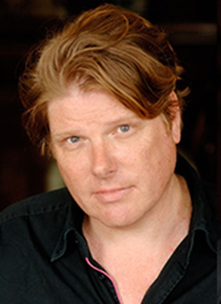 Did you know that Robert Wade, writer of James Bond films such as ‘Casino Royale,’ ‘Skyfall’ and the eagerly anticipated ‘Spectre,’ is an alumni of Kent?

Throughout this year, we have been celebrating the 50th Anniversary of the University of Kent with our film season ‘Film65.’

Robert Wade will be introducing the next instalment of Film65, ‘The Ipcress File’ on 20th May at the Gulbenkian Cinema.

To mark this occasion, the School of Arts will be hosting a drinks reception in the Gulbenkian Foyer before the film from 6pm where you can get a chance to meet and network with Robert.

Book your tickets today at the Gulbenkian: Click here

Robert Wade graduated from the University of Kent and along with fellow alumnus Neal Purvis have become one of Britain’s most successful screenwriting partnerships.  They wrote their first film, Let Him Have It, 15 years ago but they’re best known for their Bond scripts. Originally hired to the Bond franchise off the back of their successful film Plunkett & Mackleane (1999), Purvis and Wade have co-written scripts for The World Is Not Enough, Die Another Day and took up the challenge to create a new kind of Bond when Daniel Craig took on the James Bond role, resulting in the BAFTA Award nominated Casino Royale, Quantum of Solace and Skyfall. They also wrote the 2003 Bond parody Johnny English starring Rowen Atkinson which grossed $160 million worldwide. They are currently working on the latest James Bond release Spectre due out in October this year.

The Ipcress File is being screened at Gulbenkian as part of the University of Kent’s Film65 season. Film at University of Kent welcomes you to Film65, our exciting contribution to the university’s 50th anniversary celebrations.  The Ipcress File is a stylish sixties thriller, based on Len Deighton’s novel, and was a landmark in spy films for its more realistic, lucid approach to espionage. Michael Caine – showcasing his particular brand of unique, distinctive cool – stars as reluctant British spy Harry Palmer, who must navigate bureaucracy and brainwashing when he’s tasked with investigating worries over British security. As his investigation advances, he is forced into unravelling the ‘Ipcress File’, a task that draws him into a world of intrigue, double-dealing and murder. The film also stars Nigel Green, Guy Doleman, Sue Lloyd and Gordon Jackson.  As it heads into its 50th anniversary with an impressive 100% score on the Tomatometer on www.rottentomatoes.com and gaining the brilliant review from TIME Magazine “Ipcress proves again that one of the primal pleasures of movie going is a tingling, no-nonsense suspense yarn enlivened by honest good humor”, this film is a must-see for any spy film fans!