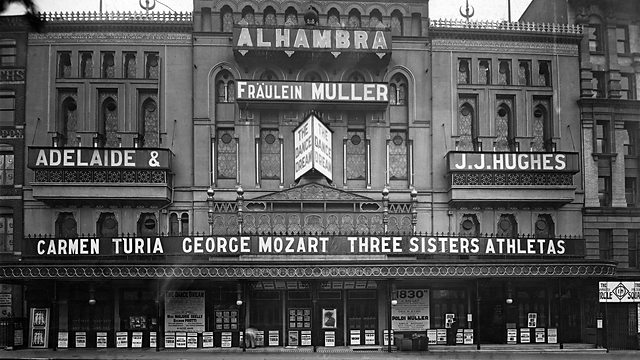 Dr Helen Brooks, one of our Drama Academics, spoke on BBC Radio 3 in December about First World War popular culture in…

Matthew Sweet presents a special ‘live documentary’ exploring First World War popular culture – from music hall to movies, theatre to night clubs and drugs – recorded before an audience at the BBC’s Maida Vale Studios, in the style of a music hall evening.

How did Britain’s touring trick-cyclists cope with the loss of their male colleagues to the Western Front?

What could you see at the movies at Christmas?

How did boredom in the trenches become the theme of a hit stage play?

What activity, first banned during the war, linked aristocrats and actresses, movie stars and prostitutes?

And what did audiences make of all this?

With piano accompaniment and contributions from Neil Brand, and song and play extracts performed by Ian Conningham and Hannah Genesius of the BBC Radio Drama.

You can listen to the programme here: http://www.bbc.co.uk/programmes/b04vdgq8