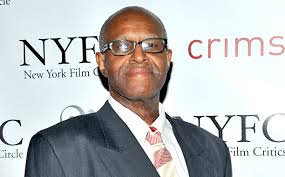 On the 11th of January 2010, Armond White hosted the annual gala and seventy-fifth anniversary celebrations of the New York Film Critics Circle (NYFCC). As part of the evening’s proceedings, he delivered a characteristically provocative speech that warned the gathering of actors, journalists and publicists about a spectre haunting film culture  -the spectre of Rotten Tomatoes and other Internet sites that he thought catered to ‘adolescent taste’ and the ‘Hollywood hype machine.’  He also implored his peers to ‘uphold the dignity and significance of film criticism’ by resisting online commentators who caricatured independent professionals as crazy, contrarian cranks.  Four years later, White became the first person to be expelled from the NYFCC when a majority of its members asserted their belief that he had heckled Steve McQueen at the NYFCC gala, and failed to ‘uphold the dignity and integrity of film criticism.’ White’s unprecedented dismissal from the NYFCC aroused significant commentary in entertainment and gossip sites as well as social media outlets. It also led to the Before Columbus foundation, an organization dedicated to celebrating multiculturalism and free expression, granting him an ‘Anti-Censorship Award.’

This paper provides historical and cultural context for White’s recent sorties against film criticism in the digital age. In order to do so, it reads White (born 1953) alongside Paul Gilroy (born 1956), one of Britain’s leading intellectuals who was honoured by the Before Columbus foundation for his book about the Black Atlantic, modernity and double consciousness in 1994. Although there are differences in tone between White’s reviews and essays (which repeatedly sneer at the pretensions of European and Europhile artists and critics), and Gilroy’s articles and monographs (which repeatedly document the shame of Europe’s imperial past and the types of racial hierarchy in the overdeveloped world that continue to do untold harm), both men offer revealing glimpses into the creative artistry and intellectual projects of an oft-overlooked cohort that came of age in the 1970s. To go further, I argue that their film and music criticism illuminates a transitional, transnational and transformative generation that not only provides a critical alternative to mainstream narratives about boomers, but also complicates existing discussions about a post-civil rights or post-soul generation born after the March on Washington in 1963.

Daniel McNeil is the new strategic hire in Migration and Diaspora Studies at Carleton University, where he teaches in the Department of History and the Institute of Interdisciplinary Studies.  He is also affiliated with the Institute of African Studies and Institute of Comparative Studies of Literature, Art and Culture at Carleton. His transnational and transdisciplinary research  engages with the intellectual and cultural history of the Atlantic world during the twentieth and twenty-first centuries, and his publications include Sex and Race in the Black Atlantic: Mulatto Devils and Multiracial Messiahs (Routledge 2010), the first book to explore the self-fashioning of mixed race individuals in a transatlantic context.