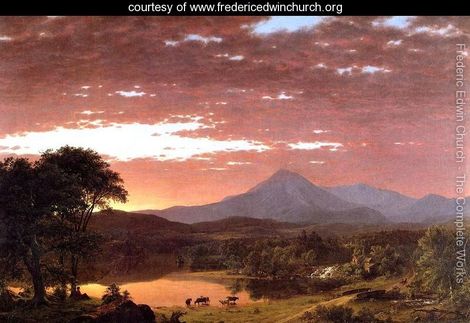 The Art History and Visual Cultures Research Centre invite you to a presentation by Professor David Peters Corbett, Professor of Art History and American Studies at the University of East Anglia. He will look at the ways in which water figured imaginatively for Americans in the mid-nineteenth century as both an image of and medium for development and the industrial transformation of nature. Taking Frederic Edwin Church’s 1853 painting Mount Ktaadn as a starting point, he will describe the ways in which water stood for these elements of American mid-century culture and, at the same, time, allowed expression of a widespread sceptical view of such aspirational aspects of industrialisation.

David Peters Corbett is Professor of Art History and American Studies at the University of East Anglia. He is the author or editor of twelve books on British and American art between 1830 and 1950, most recently, An American Experiment: George Bellows and the Ashcan Painters (Yale/ National Gallery, 2011). He is currently completing work on a new book, “Urban Painting and the Landscape Tradition in America, 1850-1930”.