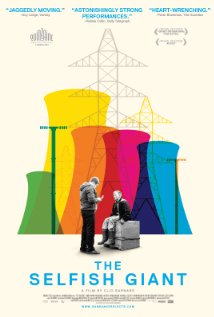 Lila is an Executive Producer at Left Bank Pictures (The Queen) and is currently developing her own slate of film and TV projects with a range of writers and directors. In the last year she has initiated 3 feature film projects with Film4, Studio Canal and the British Film Institute. She has also begun work on a long-form returning television series based on the new novel by Michel Faber (author of Under the Skin and The Crimson Petal and the White). Previous to this, Lila was a Development Executive at Film4 where she developed a number of feature films including Steve McQueen’s Shame, Clio Barnard’s The Selfish Giant and Richard Ayoade’s The Double. Her area of expertise is script and story, working closely with screenwriters from idea to shooting script.

Lila has also been a Head of Development for various other film companies including Century Films where she made Consent for More4 which was awarded a Grierson for Best Drama Documentary in Nov 2007. In 2006, Lila dramatised a series of hard-hitting verbatim monologues on modern crime for More4 (True Voice of Rape, True Voice of Prostitution and True Voice of Murder) directed by Brian Hill and starring Lesley Sharpe, Richard Wilson and Sophie Okonedo. She also script edited Falling Apart, winning two BAFTAs for Best New Writer and Best New Director Fiction.

Previous to this, Lila was Head of Development at Dakota Films where she developed and was part of the production team on Me Without You, the second feature film by writer/director Sandra Goldbacher (nominated for the Alexander Korda Award for Best New British Film).

From 1990 until 1995, Lila was the Assistant Director of the Edinburgh International Film Festival, responsible for building relationships with distributors and sales agents as well as many Internationally renowned directors, writers, producers and actors. Following her time at the EIFF, Lila was invited to be Senior Programmer for the Seattle International Film Festival where she gained additional experience of US film distribution and exhibition, as well as a broader understanding of international cinema. She also helped set up the Media Exchange East Coast office in New York gaining valuable knowledge into the American market.

Lila has also worked at a senior level as a newspaper journalist and editor. Firstly as Editor of The List magazine (Scotland’s equivalent to Time Out) and as Deputy Editor (Features) of The Sunday Times (Scottish edition). Lila has taught story, development and screenwriting on a number of courses (to undergraduates and MA students) at the British Film Institute, City University and the University of London. She recently lectured at Screen Academy Scotland and at the London Film School where she is currently mentoring the MA Screenwriting students. She has also been a guest lecturer at the Media Business School in Ronda, Spain.

Lila graduated with a BA (First Class Honours) in Film and History of Art from University of Kent, Canterbury and was the recipient of the Martin Walsh Prize. Subsequently she went on to gain an MA in Independent Film & Video from St Martin’s College of Art.

Lila attends a number of international film festivals including Cannes, Venice, Toronto and Sundance. She has also been a frequent participant on festival panels and pitching sessions.