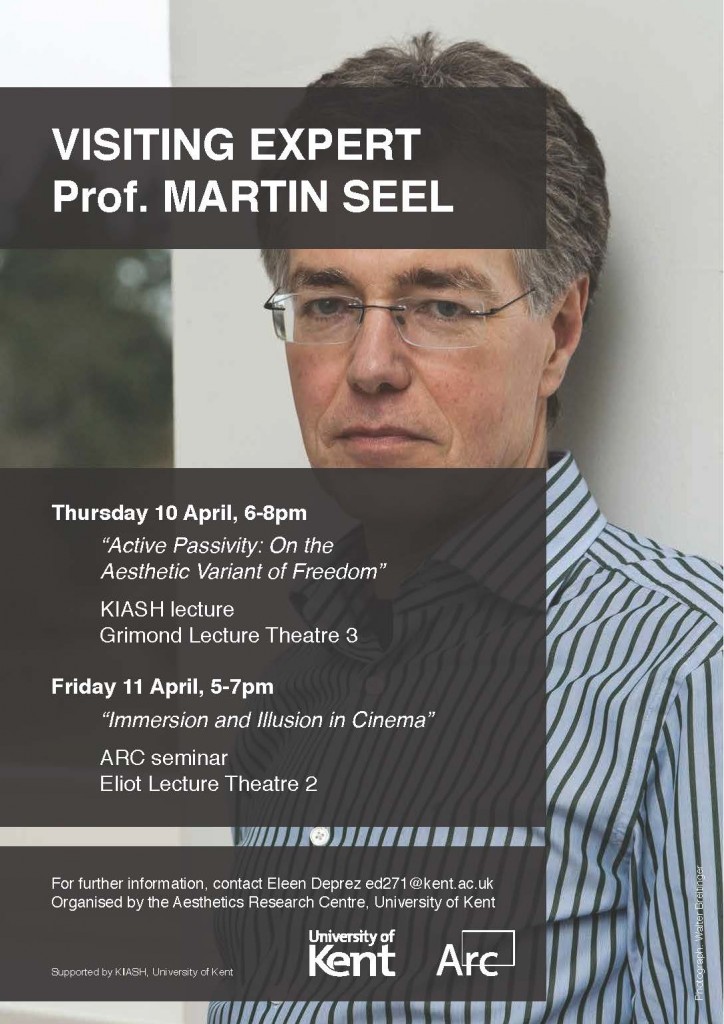 Hosted by the Aesthetics Research Centre

Illusion and Immersion in Cinema

My talk will discuss the relations between four possible claims concerning the relation between illusion and immersion within the experience of feature films: 1. Illusion explains immersion. 2. Immersion explains illusion. 3. Illusion and immersion explain each other. 4. Immersion can be explained without reference to illusion. In defending thesis (4) I will argue for an anti-illusionist understanding of how movies can move their audience. My message therefore will be: Immersion – in cinema as well as in the other arts – works without illusion.

Martin Seel is Professor of Philosophy at the Goethe University Frankfurt. He is the author of many books on philosophy and aesthetics, including Asthetik des Erscheinens, translated into English as Aesthetics of Appearing (Stanford UP, 2004). He is also known as promoter of philosophy beyond academia, having published a regular philosophy column in Germany’s most widely-read weekly newspaper, Die Zeit. A selection of these have been collected in book form as Vom Handwerk der Philosophie, 44 Kolumnen (Munich, 2001). Professor Seel’s visit to the University of Kent is hosted by the Aesthetics Research Centre and supported by the KIASH visiting expert scheme.