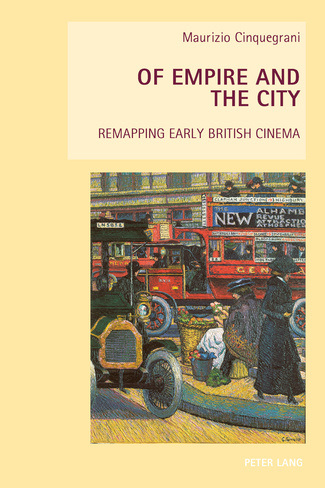 This book explores the cinematic representation of the city in British film from 1895 to 1914, featuring depictions of London, Glasgow, Dublin, Delhi and other British colonial cities. The author argues that the films are not only an invaluable record of the economic, social and cultural life of these cities but also that the spatial organization of these urban areas, and the cinematic representations of them, were shaped by the ideology and activity of imperialism. The pioneer camera operators who made these early films often put forward an imperialist ideology by paying particular attention to the cinematic representation of monumental and ceremonial spaces, modern communication and transport within the city and between the city and the empire. Of Empire and the City establishes connections between these cities and their cinematic representation by means of continuous motifs and themes, including modernity, Orientalism, spectatorship and the imperial subject. The book makes a unique contribution to studies of early film, British urban history and the history of the British Empire.

Find out more here, or buy the book here.