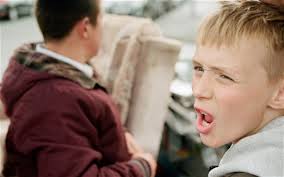 The latest film by Clio Barnard, Reader in Film at the University of Kent, has been nominated in the Outstanding British Film in 2014 category by BAFTA (The British Academy of Film and Television Arts).

Titled ‘The Selfish Giant’, the film shares a category with some of the past year’s most well-known releases from across the world, including, Mandela: Long Walk to Freedom, Saving Mr Banks, Philomena, and Gravity – all featuring some of the industry’s highest profile and world-leading actors.

Described as a “stunningly impressive piece of film-making” and “a brilliant and soul-scouring fable” since its general release on 25 October 2013, ‘The Selfish Giant’ is an adaptation of Oscar Wilde’s famous short story of the same name. Now set in a housing estate in Bradford, it tells the tale of two outcast teenage boys who get caught up in the world of copper theft.

The nomination at the BAFTA Film Awards for The Selfish Giant follows exceptional reviews by film critics in the Daily Telegraph, Evening Standard,The Guardian, Empire, and many others.

Prior to its general release, it was also chosen as one of only two films to represent the UK in the Directors’ Fortnight line-up at the 2013 Cannes Film Festival (15 – 26 May), and was also shown at the 2013 London Film Festival.

The Selfish Giant follows Barnard’s critically acclaimed debut feature, The Arbor (2010) which won several awards. Clio Barnard also received a BAFTA nomination for Outstanding Debut Award in 2011. She is Reader in Film at the University’s School of Arts.