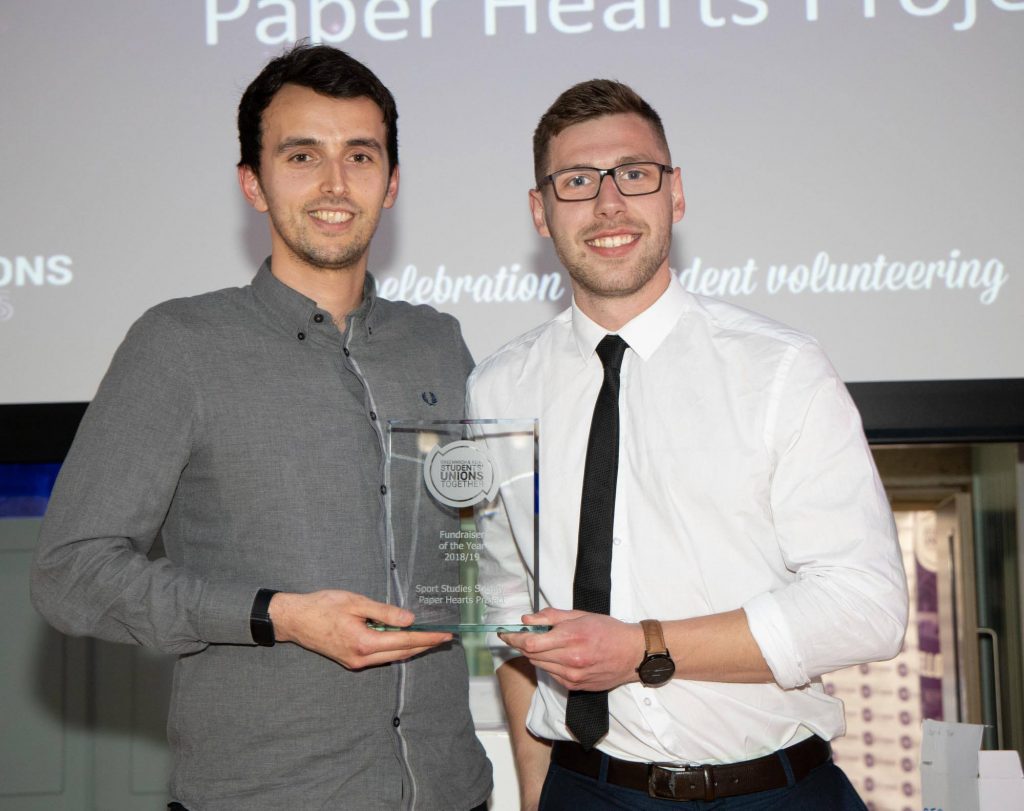 The paper hearts project was organised by the Sport Studies Society, attempting to win the Guinness World Record attempt for the largest display of origami paper hearts. A fundraisers to raise money for the Molly McLaren Foundation and Cardiac Risk in the Young was run alongside the project, raising around £800 for the good causes.

After months of creating thousands of origami paper hearts, with help from students at the University of Kent and the wider community, the origami hearts were carefully stuck to large display boards. These boards of origami hearts were used to create a bigger display for the final installation that would be judged by the Guinness for the world record attempt. The final installation represented a walk-through schematic of a heart; the boards acted as the walls of the heart model with the audience essentially the blood cells.

The Sport Studies Society sold the boards of origami hearts to raise money for the Molly McLaren Foundation and Cardiac Risk in the Young. Some of the boards are still available so you now have the opportunity to buy a piece of world record history! Information on upcoming events and opportunities to by the boards will be available in the coming months on their Facebook Page www.facebook.com/paperheartsprojectMedway .

The Sport Studies Society also won an award at the GK Union Volunteer Awards on the 15th of May. Our students achieved recognition for their contribution to running the society and was awarded Fundraiser of the Year for 2019!

Congratulations to all those involved in the project, and everyone who helped make the origami hearts!