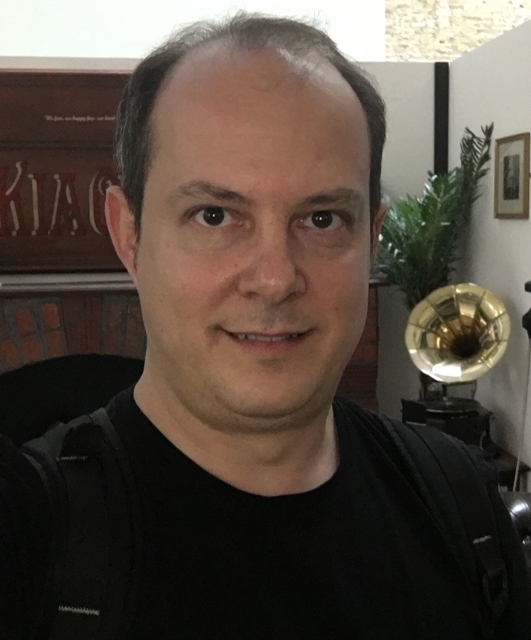 A very warm welcome to Dr Giovanni Luca Masala, who has joined the School of Computing as Senior Lecturer in Computer Science.

Dr Giovanni Luca Masala has a PhD in Applied Physics (AI in medical applications), 2006 and a Laurea (MSc+BSc degree) in Electronic Engineering (path in AI), 2002, both at University of Cagliari, Italy. Before joining the University of Kent, he was Senior Lecturer and Leader of the Robotics Lab at Manchester Metropolitan University. He was also Lecturer at the University of Plymouth, leading the Big Data group.

Giovanni has extensively published his research across ranked journals. In 2019 he obtained a grant funded by EU Project Interreg 2 Seas 2014-2020 ‘AGE Independently (AGE’IN)’ with the role of PI for University of Plymouth. In 2018 as Academic Lead (PI) he obtained two Knowledge Transfer Partnership projects, funded by Innovate UK) for Machine learning applications. Giovanni has also developed project management experience as co-investigator in the 2014-2015 with the project ‘Cloud computing platform for SMEs’, funded by Sardinia Regional Council, and the 2008-2009 project ‘Disclosure of information, culture and e-business on Internet: access for persons with disabilities’.

In the field of the natural language understanding, Giovanni was part of small group of international researchers, who developed a very large-scale neural network of cognitive and language processing, called ANNABELL. The publication in PLoS One in 2015 received high impact both scientifically and in the media, including the The Times, Daily Mail, Quartz, Wired and other international news websites, popular science and blogs. Altmetrics ranks the attention received by the paper amongst the top 5% of articles of all time.

Currently Giovanni is leading a group of international researchers between the UK and Italy to exploit the architecture on robotics applications, cooperation and multi language understanding.