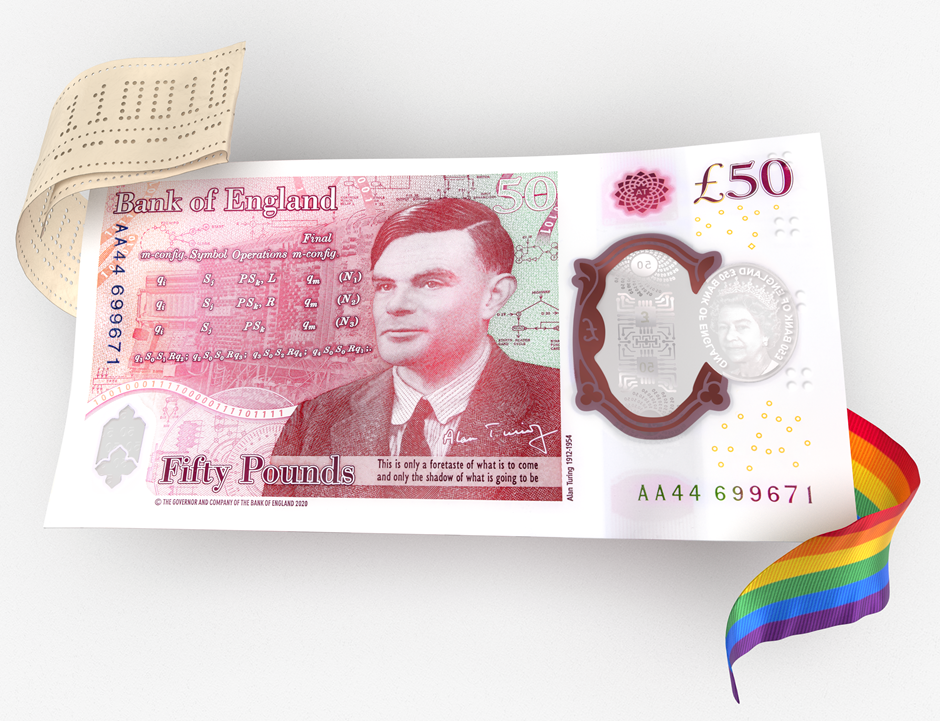 Following yesterday’s announcement that a new £50 note featuring Alan Turing will go into circulation this summer, Dr Fernando Otero, Senior Lecturer at the School of Computing was interviewed on BBC Radio Kent on the lasting impact of Turing’s work, and why it’s important to celebrate and remember him today.

In the interview, Fernando explains that although Turing is best known for his contribution to code-breaking during WWII, he is also the father of modern computer science and artificial intelligence.

Fernando discussed how Turing’s work has impacted the creation of the technology that we use today: ‘Turing created the model of how a computer works, called the Turing Machine. Anyone who studies computer science studies the Turing Machine. This model accurately tells us exactly what any computing device is capable of doing, and to this day, this remains valid’.

‘Part of his work was on the question of whether computers could think, if computers could learn from experience and use that experience to solve new problems, and for that he created what we call the Turing Test. To this day, we’re still waiting for a computer that actually passes this test; it is still used as a benchmark as to what it means for a computer to be intelligent’.

In the interview, Fernando also commented on why is it so important for Alan Turing to be recognised today: ‘I think it’s a good way to celebrate him and more importantly, to bring awareness to his achievements. He’s very well known for codebreaking, but he has done so much more influential work in other disciplines, in particular computer science, and sometimes this is not very well publicised in the public domain, it’s been restricted to people studying computer science’.

The interview, which starts at 2:38:50, is available to listen to on the BBC Sounds website, here:
https://www.bbc.co.uk/sounds/play/p09919fr