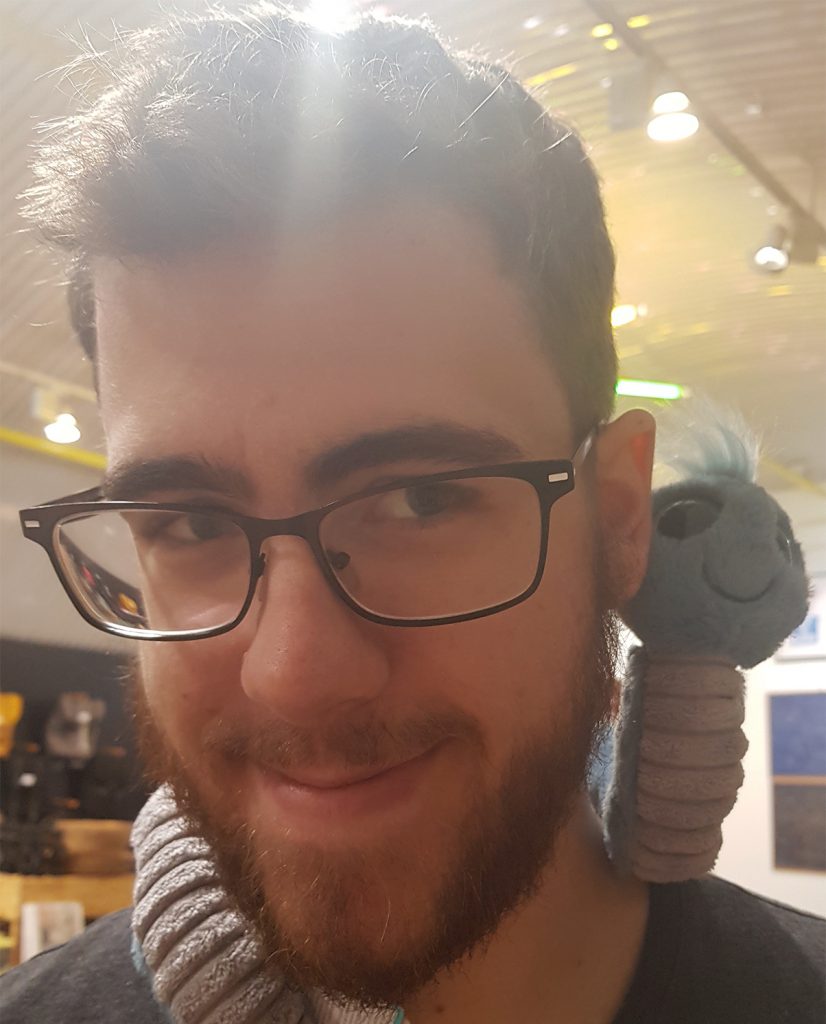 The paper entitled “Behind the Mask: A Computational Study of Anonymous’ Presence on Twitter”, came out of a project undertaken by Keenan for his MSc Computer Science conversion course and was co-authored with Dr Jason Nurse and Prof Shujun Li. The paper examines the hacktivist group Anonymous who unlike other cybercriminal groups, which rely on secrecy and privacy for protection, is prevalent on the social media site, Twitter.

Keenan did his first degree in English, and then undertook the MSc in Computer Science conversion course, which included a project supervised by Dr Nurse. He continued to develop some parts of this project as part of the first year of a PhD, funded by the School of Computing, and spent the first few months of his PhD enhancing his MSc work, resulting in the Best Paper Honourable Mention.

The paper re-examines key findings reported in previous small-scale qualitative studies of the group using a large-scale computational analysis of Anonymous’ presence on Twitter. It specifically refers to reports which reject the group’s claims of leaderlessness, and indicate a fracturing of the group after the arrests of prominent members in 2011-2013. The research, presents the first attempts to use machine learning to identify and analyse the presence of a network of over 20,000 Anonymous accounts spanning from 2008-2019 on the Twitter platform. In turn, this research utilises social network analysis (SNA) and centrality measures to examine the distribution of influence within this large network, identifying the presence of a small number of highly influential accounts. It also presents the first study of tweets from some of the identified key influencer accounts and, through the use of topic modelling, demonstrate a similarity in overarching subjects of discussion between these prominent accounts. These findings provide robust, quantitative evidence to support the claims of smaller-scale, qualitative studies of the Anonymous collective.

Jason Nurse commented, “In my experience, it is unusual for a PhD student to be recognised in such a way in their first year, particularly at such a high quality conference – ICWSM’s acceptance rate for full papers is below 25%. This clearly demonstrates how outstanding this contribution is to the academic and research field.”

Our congratulations go to Keenan.