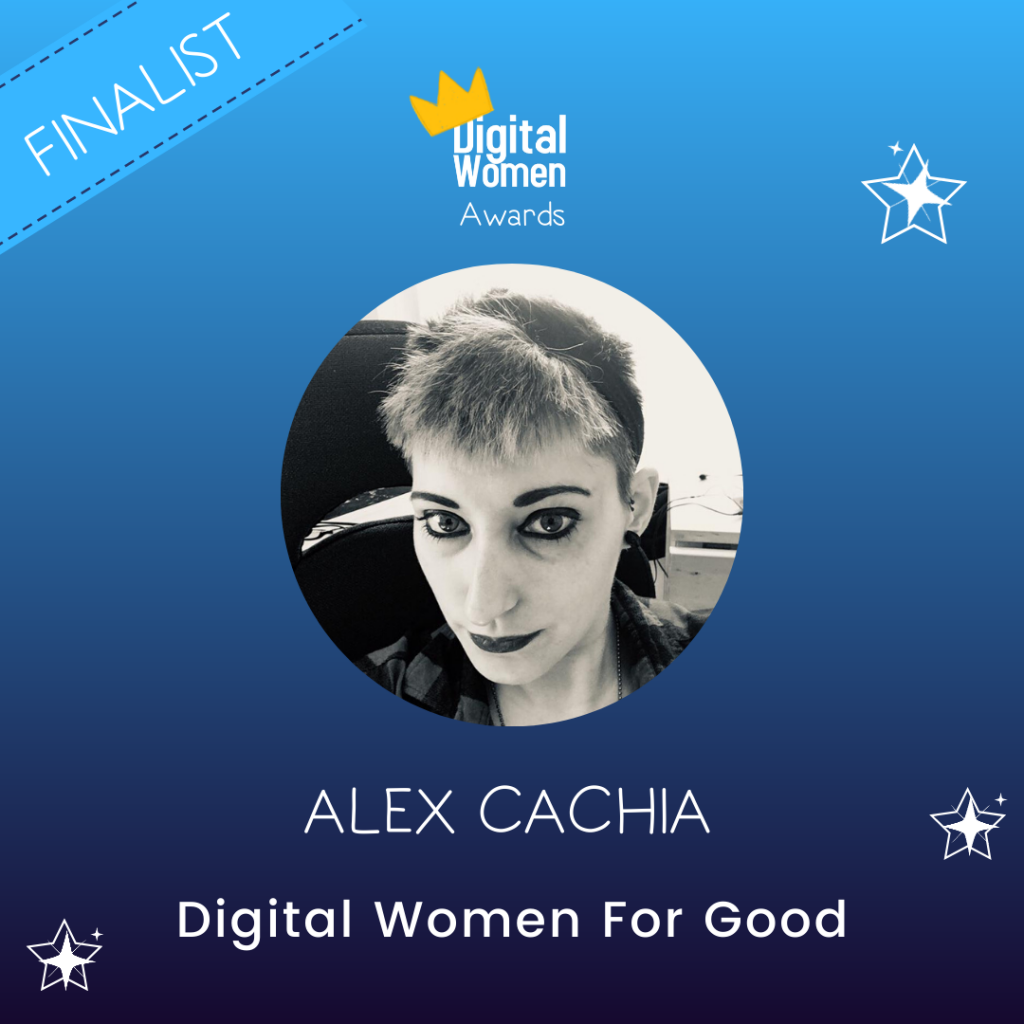 Computer Science Alumna, Alex Cachia has made it to the finals of the Digital Women Awards in two categories: Digital Women for Good award and Community Leader of the Year award. Digital Women celebrates women working in digital and digital business from the community and beyond, who are doing the most incredible work in the digital space they operate in, those who are making the right moves and going beyond and above what is usually expected.

Alex has been shortlisted for her work in the community with codeHarbour. CodeHarbour is a technology meetup group in Kent, which meets every month to share ideas, stories and techniques around design, development, process, community and much more, covering all aspects of technology. Alex joined codeHarbour in 2016, but after a few months the event stopped running so Alex approached the organisers and became coordinator, host and sole organiser for the event in January 2019. The first women to do so in its five year history.

Alex said “I am incredibly honoured to be a finalist for two awards that recognise women within technology. I am so proud to be able to be a role model to young women who want to pursue careers within STEM, just as my programming teacher (Karen Scott) did for me back in 2009. I now have the pleasure of working alongside her on a project which helps those on the autistic spectrum and if I win either award it will be in large thanks to her guidance and teaching during those early years as well as our work together over the last six months.”

Alex will be attending the Digital Women award ceremony on the 9 March and we wish her every success.