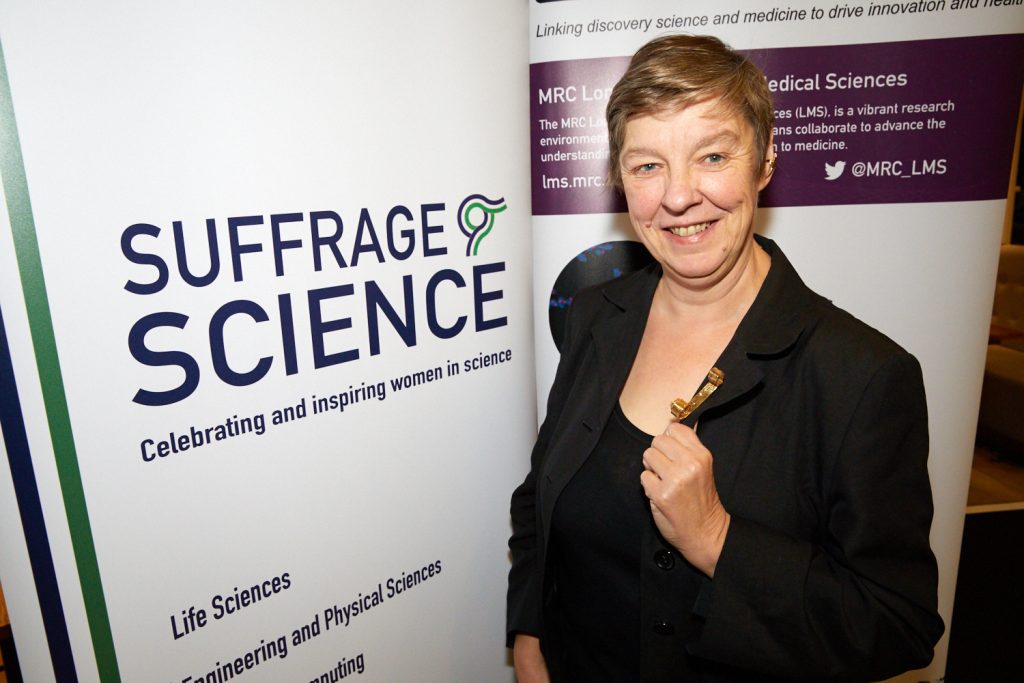 Professor Sally Fincher was chosen as one of the winners of the biennial Suffrage Science Awards for Mathematics and Computing.

The awards took place on Monday 8 October 2018, with 11 scientists from across the UK honoured at the event, that took place at the British Library.

The Suffrage Science awards are designed to help promote the leading roles held by women in the fields of science, technology, engineering and mathematics in the UK to help improve the gender divide in these subjects between men and women.

Each winner is selected by a previous recipient of the award. Professor Fincher was nominated by Professor Ann Blandford from University College London who said she is an ‘excellent role model for other computer scientists’ by taking on national leadership roles that ‘shape the future of the discipline and the profession’.

She also praised her research for helping to shape thinking around gender and computer science, particularly on ‘making computer science education inclusive and effective’.

Responding to her award win Professor Fincher said: ‘I am proud to be a link in the chain of Suffrage Science, where we together demonstrate that maths and computing are normal professions for a woman.’

The awards themselves are items of jewellery, inspired by the Suffrage movement, and are passed on as heirlooms from one female scientist to the next. Professor Fincher received a brooch designed by Veronika Fábián. It is made from gold punched tape and reflects the fields of mathematics and computing. The jewellery was created by art students from Central St Martins who worked with scientists to design pieces inspired by research and the Suffragette movement, from which the award scheme takes its name.