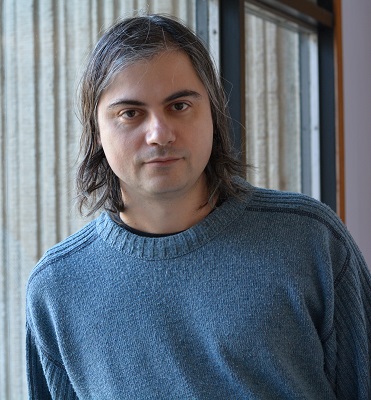 Congratulations to Dr Radu Grigore who has been promoted to Senior Lecturer with effect from 1 October 2018.

Radu has been a lecturer in the School of Computing since 2016 and teaches on the undergraduate and Master’s programmes at the Canterbury campus. Radu is an active member of the Programming Languages and Systems Research Group and his  research focuses on developing refinement techniques for program analyses and working on run-time verification. He likes to find connections between different areas of computer science, in particular between program verification, programming languages, and algorithms.

Prior to coming to Kent, Radu worked as a Post Doctorial Research Assistant at Oxford University and Queen Mary University of London. He completed his PhD on The Design and Algorithms of a Veriﬁcation Condition Generator, from University College Dublin in  2011.

The Head of School said “I’m delighted that Radu has received this well deserved promotion. He is a programming languages researcher of exceptional talent. Although he only joined the School in 2016, he made an immediate impact on our research, and has shown himself to be a dedicated teacher who goes the extra mile for his students.”