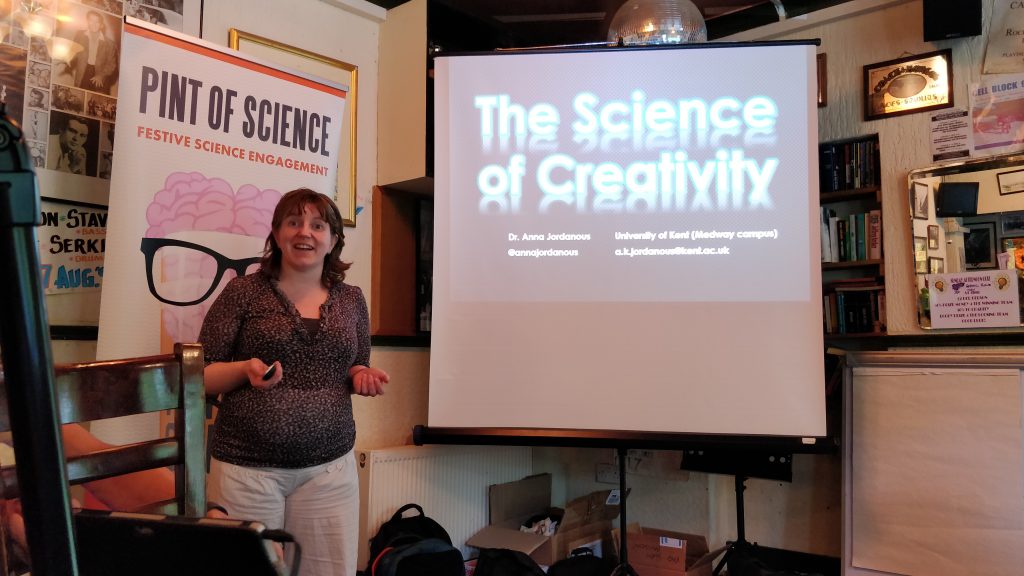 Congratulations to Dr Anna Jordanous who has been promoted to Senior Lecturer with effect from 1 August 2018.

Anna has been a lecturer in the School of Computing since 2014 and teaches on the undergraduate programmes at Medway and Master’s programmes at the Canterbury campus. Anna is an active member of the Computational Intelligence and Data Science Research Groups and her research focuses on computational creativity: getting computers to demonstrate creative behaviour and model human creativity.

Anna is the School’s equality, diversity and inclusivity representative which demonstrated her leadership in her promotion bid.

Anna said: ‘One motivation for applying was to be an example for Computing staff who may not have considered promotion for themselves, especially other female colleagues and junior members of staff. I have felt incredibly well supported by people within the School who I have talked to about promotion and hope I can do the same for others.’