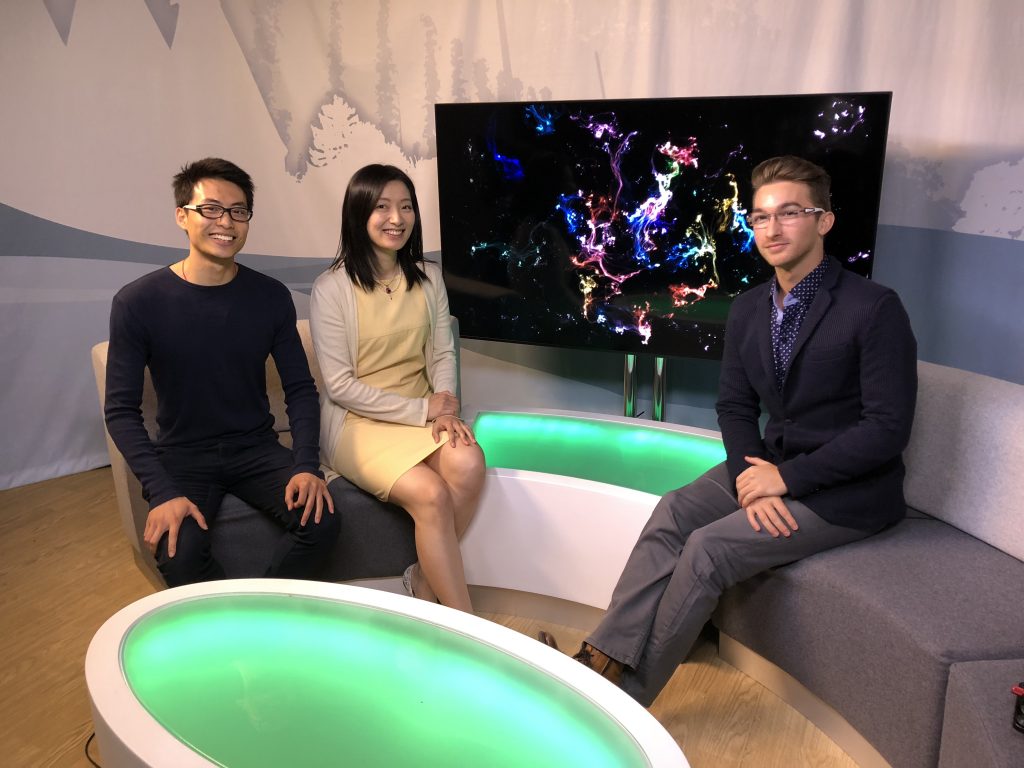 Brain research within the School of Computing is being used to showcase UK research internationally. The University of Kent is one of six UK universities which will feature in a video and series of features which the British Council will share on Chinese social media channels in its ‘Study UK, Discover your Innovation’ campaign.

Lecturer Caroline Ling Li, PhD student Yuzhou Lin and alumnus and research collaborator Florian Guitton were all filmed in the KMTV studios on the Medway campus. They demonstrated research into the visualisation of brain patterns.

All three are working with an interface that shows changes in emotional states by colour and brightness. Florian said; ‘For example we can see whether people are meditating, agitated, calm or confused by the colours that appear on the screen, regardless of that person’s outward appearance. The application of this goes beyond emotional states and may have an impact on healthcare, for example we may be able to show motor control in the brain which can help with the rehabilitation of amputees.’

Caroline said; ‘This is a fantastic opportunity to show our research to a wider audience, alongside our colleagues from other prestigious UK institutions.’

The British Council’s 2018 Discover You: Discover Innovation digital campaign will showcase the strength and depth of innovation across UK education institutions. Ten UK institutions will be selected to feature in a short film and three in depth editorial pieces highlighting innovation in the UK. The aim of the campaign is to showcase the cutting edge technology, creativity and entrepreneurship available through a UK education. The film and editorial pieces will be shared across a number of digital and social media channels to a range of Chinese audiences with a total estimated reach of 700,000.