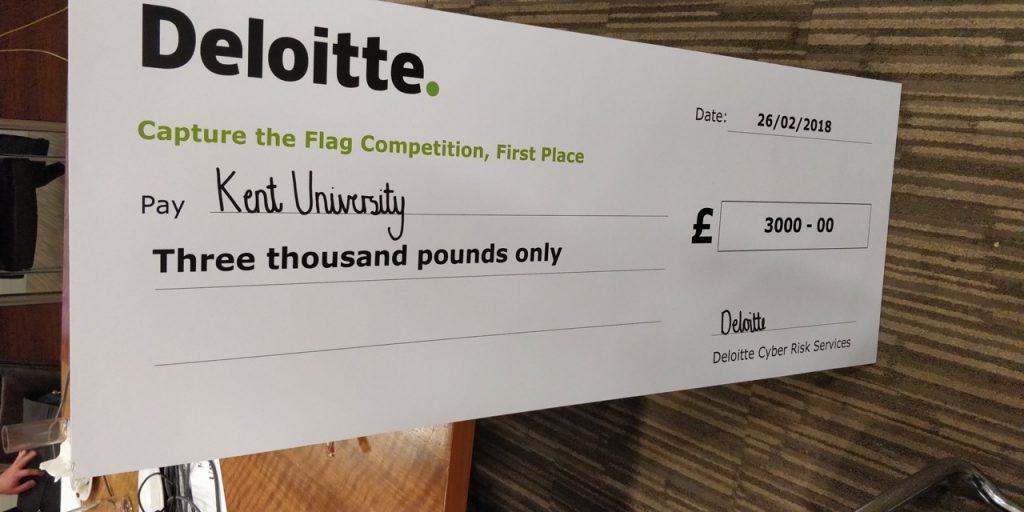 Students from the School of Computing at the University of Kent have won the annual Deloitte Cyber ‘Capture the Flag’ competition.

The Kent team, comprised of Matthew Boakes, Calvin Brierley, Catalin Irimie and Jamie Pont, qualified in an initial round. Only the eight highest scoring university teams were then invited to compete in the all-day final held at the Deloitte offices in Central London on 26 February.

The team won a £3000 prize. PhD student Jamie Pont said ‘I feel like I learned a huge amount and met some great people. It was very exciting towards the end; the second place team were only 100 points behind our winning score of 2500.’