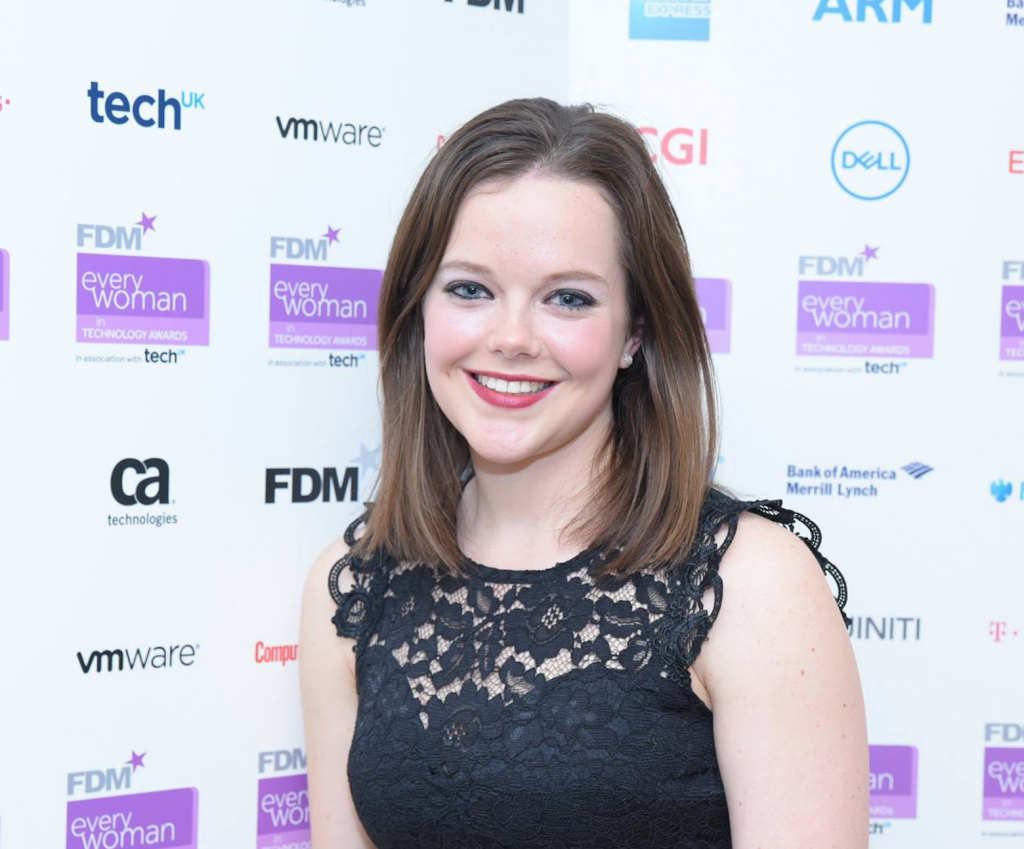 Computing with a Year in Industry Alumna, Charlotte Hutchinson, has been named one of the top 50 women in technology in We Are Tech Women‘s  TechWomen50 awards 2017, which celebrates emerging talent.

Over 500 women were nominated for the awards which were judged by a panel of 20 independent judges. Over 15,000 public votes were then received for the 100 shortlisted nominees.

Charlotte graduated from Kent in 2015 and went to work at IBM following completion of a placement year at IBM in 2013. As a placement student Charlotte worked in a level 2 technical support role solving complex problems for customers in Europe, Middle East and Africa.

On re-joining IBM as a graduate Charlotte became the European Lead SME for an API (application programming interface) platform. Charlotte operates as a Technical Consultant for IBM Cloud, specialising in the API economy. She has presented to numerous groups of technical experts, run workshops and provided specialist knowledge to clients regarding architectural principals related to an API strategy. She presented at IBM’s biggest conference in Las Vegas.

Charlotte has had six articles published on IBM Developer Works, around APIs and assisted in creating two IBM certification exams. She also has three filed patents and has four patents pending search.

Congratulations to Charlotte on her award and we wish her every success in the future.