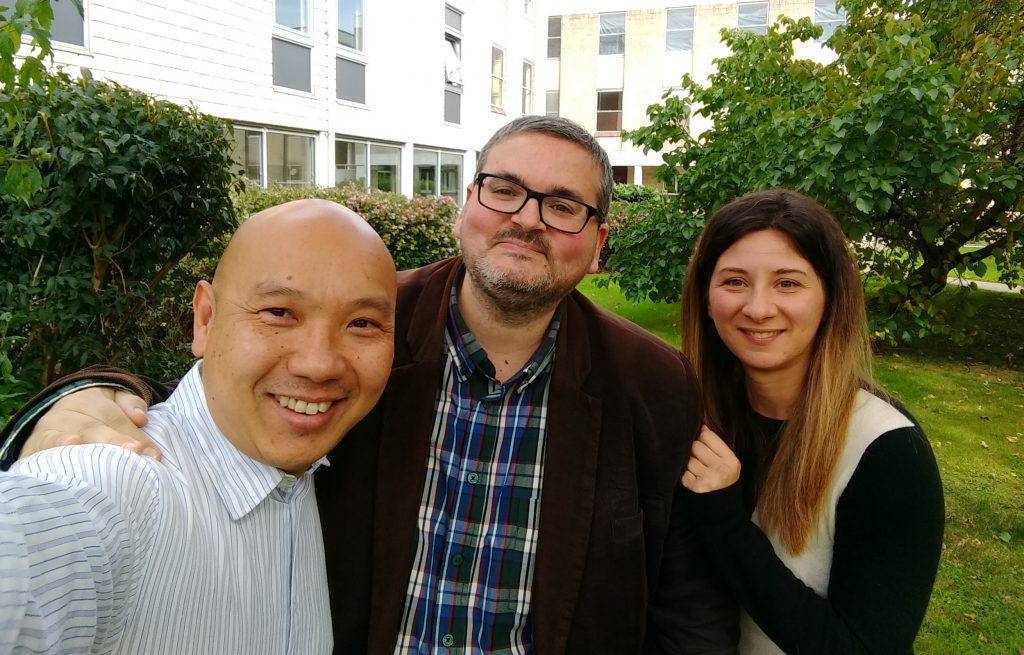 Three academics from the School of Computing have been given recognition of their ongoing achievements by being promoted.

Laura Bocchi has been promoted to Senior Lecturer. Laura is a member of the Programming Langages and Systems research group and her research  spans several areas, which include software engineering, concurrency and formal methods. Laura has also taken on the role of Postgraduate Research Admissions Officer.

Budi Arief has also been promoted to Senior Lecturer. Budi is part of the Security Research Group and his main research areas are cybercrime, computer security, and the Internet of Things, with a strong overarching element of interdisciplinary research.

Julio Hernandez-Castro has been promoted to Professor and is currently the Acting Head of the Security Research Group. Julio’s research is mostly based around computer and network security, particularly cryptography and crytptanalysis, steganography and steganalysis, data loss prevention and RFID security.

Head of School, Professor Richard Jones said, ‘I am so pleased that Laura, Budi and Julio have been promoted. They are all phenomenal researchers who share their love of their subject with our students. They all thoroughly deserve this recognition for their hard work.’

The promotions take effect from October 2017.