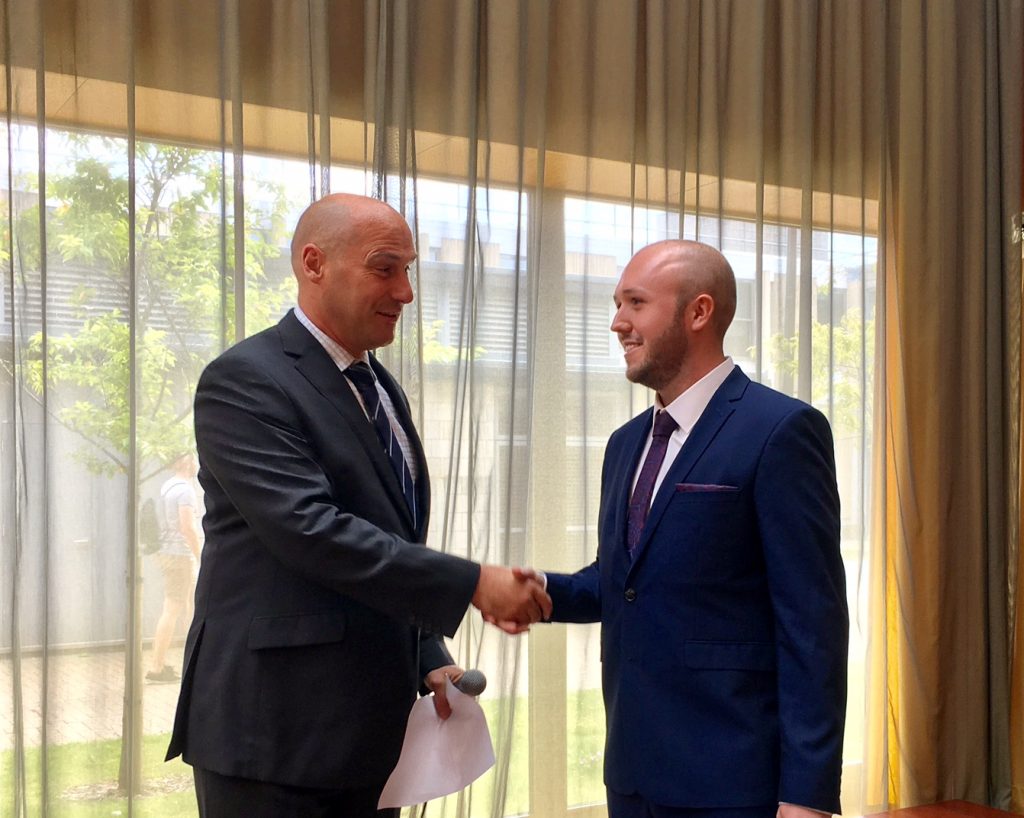 Graduating Canterbury students and staff had celebrated the success of prize winners at a reception for graduating students. Deputy Head of School, Peter Rodgers presented the awards.

William chose the final year option of Computing in the Classroom which required him to spend a day a week in a local school.  He was assessed by staff both in the school where he worked and at the University as having performed well above what might have been expected.  In particular they highlighted his tremendous enthusiasm which he used to inspire the next generation of computer scientists.

Jamie Pont – winner of two prizes: the School of Computing Prize and the Rotary Prize for Sciences

Jamie is graduating with a first class degree in Computer Science with a Year in Industry.  He receives this award for his performance in exams.  None of his final year exams received a mark below 80%.  Jamie also had exceptionally good coursework marks with an average of 89%.  The Rotary Prize reflects Jamie’s outstanding performance in competition with students from the six Schools in the faculty of Sciences.