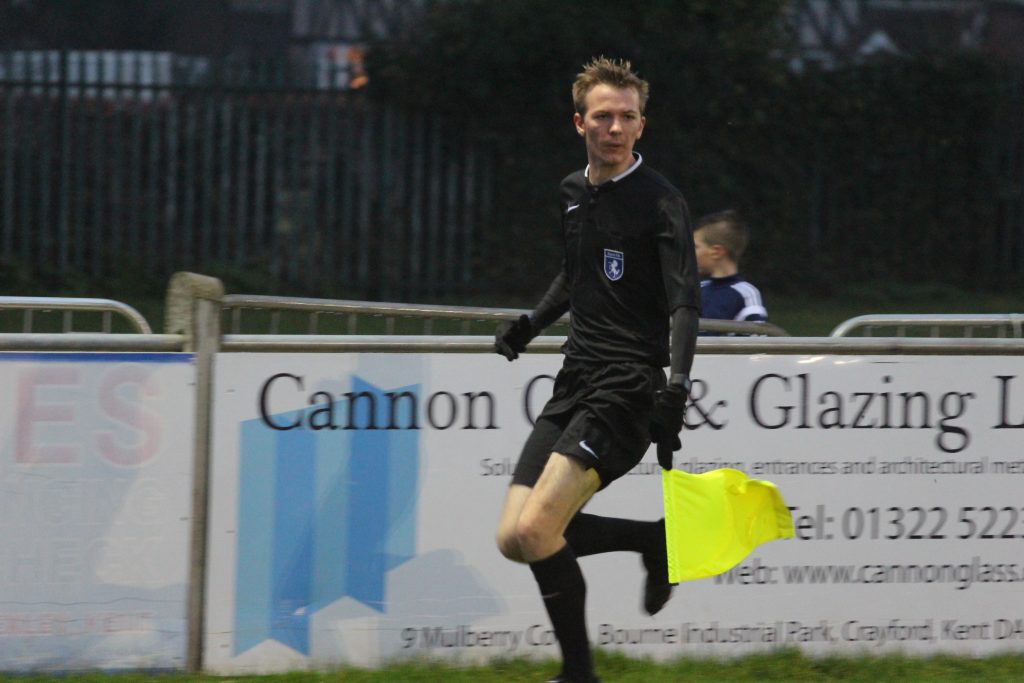 George Lowe, a second-year Computing and Business Administration with a Year in Industry student, has had an end of season promotion from the Football Association.

George has a Kent Sport scholarship and is the first and only referee scholar. The scholarship scheme has given him access to coached sessions to help develop him to perform better in the fitness aspects of refereeing.

He has spent this season refereeing for teams such as Ramsgate U21, Sutton Athletic and Whitstable Town as a referee and assistant referee in the Southern Counties East and Ryman leagues whilst also continuing with his studies. Next season he will move to level 4 where he will referee matches against teams such as Ashford United, Canterbury City, Herne Bay and Margate.

George said: ‘I hope this is the start of a successful career in refereeing with my main goal in mind of reaching the Football League whilst also working somewhere in technology after my studies. Having officiated in fixtures involving Gillingham First Team and the development squads of Arsenal, Chelsea and West Ham in England as well as the likes of Valencia, Seville, Chivas and Real Betis at development tournaments abroad, refereeing has really opened my eyes to the opportunities available and what you can achieve if you work hard both on and off the pitch.

‘I decided six years ago to stop my playing career to switch to refereeing to stay involved in the game after playing for unsuccessful teams. Looking at what I have achieved in this time, this was certainly the right decision and I look forward to what the coming years have in store for me.’