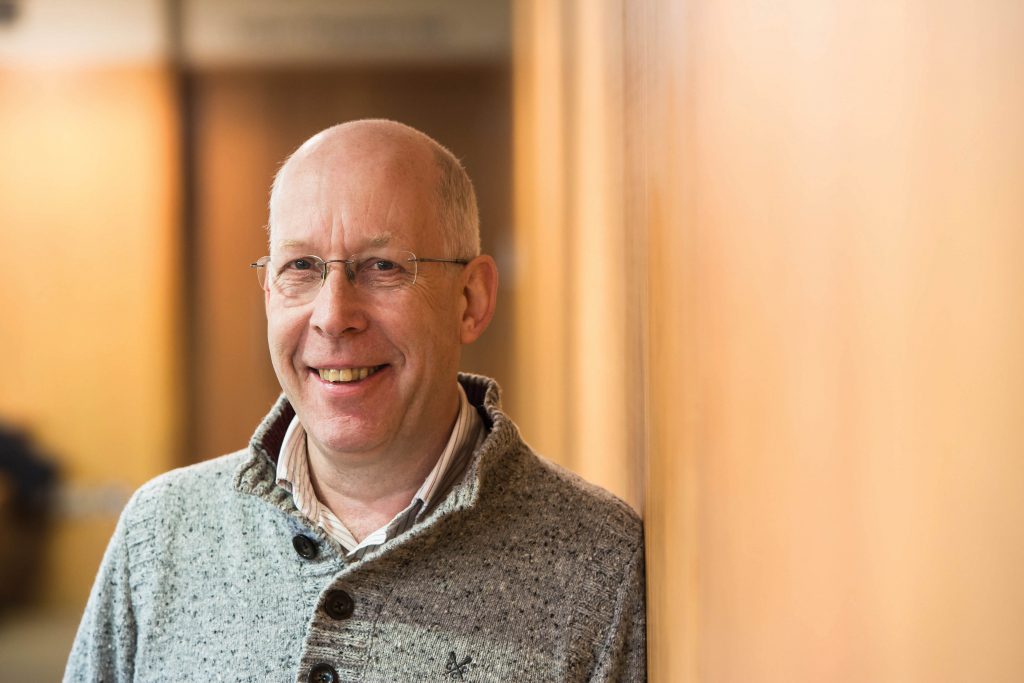 Professor Richard Jones has been appointed as Head of School, a three year post starting on 1 January 2017. Richard is Professor of Computer Systems and has worked at the School of Computing in University of Kent since 1985.

He is well known for his research and books on dynamic memory management (‘garbage collection’).

The role of Head of School is a high-profile one within the University and provides academic and professional leadership. Richard said:
‘The longer I work in the School of Computing, the more proud I am of its staff and students. Every year I am impressed by the inventiveness and quality of their final year projects or MSc dissertations. It’s no wonder that their hard work, combined with opportunities such as the Year in Industry, leads to an excellent employment record. Our research is world class and in some areas, world leading. GCHQ has provisionally accredited our Cyber Security MSc and recognises the School as an Academic Centre of Excellence in Cyber Security Research, one of only 13 in the country.’

‘We have the potential and opportunity to do even better. Over the past few years, many energetic and enthusiastic computer scientists have joined the School, and we will continue to grow. I want to see Kent become one of the top UK schools for computer science, both for teaching and research. The quality of our students’ education is a priority. We – and I mean staff and students – need to think about the ways we teach and learn. One of my first objectives is to review this. On the research side, our Programming Languages and Systems research group is already world leading. I want our work to make a difference in a world of opportunities and vulnerabilities.  So further strengthening our Cyber Security group is important, and we’ve already created a new Data Science research group at our Medway campus.’

Richard was made a Distinguished Scientist of the ACM in 2006 and an Honorary Fellow of the University of Glasgow in July 2005. He is a Fellow of the British Computer Society. He received IBM Faculty Awards in 2003, 2004 and 2005 and was elected to AITO, Association Internationale pour les Technologies Objets, in 2014. He is also an Editor of the journal Software: Practice and Experience. Outside work, Richard is a keen sailor and cyclist.

Professor Frank Wang, who was Head of School for the previous six years, will continue to teach and research as part of the Data Science Research Group.