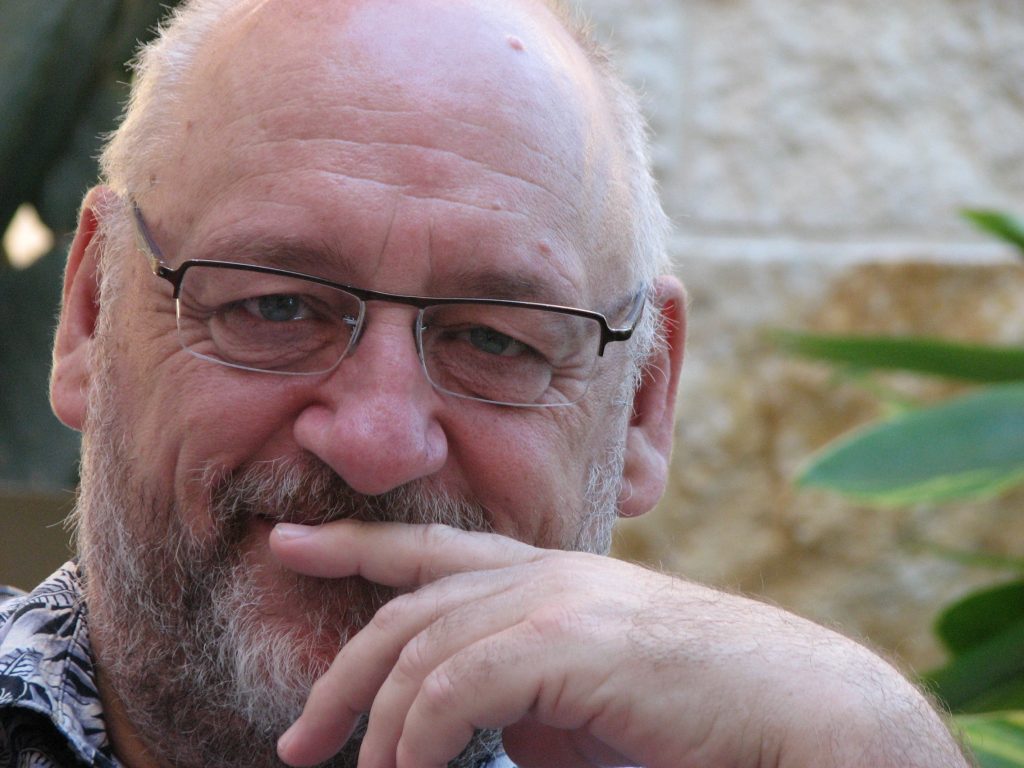 Steve Baker was among the first cohorts of Computing students in the 1970s. Computers have come a long way since then, and so has his career.

What made you decide to study at Kent?

Back in the mid-1970’s, it wasn’t clear how important computers were going to become.  I took a single class on FORTRAN programming in school and that convinced me that some kind of a career with computers was where I should be headed.   But every career advisor said “You’d be better off doing Computers-and-something than straight computing”…which turns out to have been terrible advice!  I looked around for degree subjects with a large computing component and “Computers and Cybernetics” sounded *way* cool.  Only two universities offered it (Kent and Sussex) but I didn’t want to end up living with my parents in Brighton…so Kent was my first choice!

Well, I’m a lead developer for a mobile game company.  I run an elite team of five software engineers.  For most of my career I’ve been doing work relating to 3D computer graphics (which is my passion) – flight simulation, video games and so forth.

What was your first job?

I worked for Philips Research Labs – researching “embedded” software for small telephone exchanges.  I very soon realised that people were more interested in the graphics on the telephone exchanges’ system monitor than in the telephony part – so I switched over to the team who were developing the very first CD-ROM.  We used a pre-production version of the first ever CD audio player and modified it to add a computer interface.

How has your experience at Kent helped you since graduation?

I was in college at the very cusp between big mainframe computers with punched cards – and the microprocessor revolution.  We were taught a passion for the art of computer programming – it’s hard to convey that, but Professors Peter and Heather Brown and Professor David Turner achieved that.

The ability to have “hands on” access to the PDP 11/20 and my first taste of the joys of UNIX on the 11/40 were truly inspiring.  David Turner gave me a project to build a graphics library for an antique pen plotter and an even more ancient “storage tube” hooked up to the 11/20 – and that tweaked my interests in graphics.  I think I can still remember the sequence of pink and purple front-panel switches to boot the PDP-11’s!

So, the one single thing?  Passion!  It’s never left me.  I’m coming close to retirement now – but I refuse to become “management”.  If I can’t create beautiful graphics – I’m not interested!

What’s the best piece of advice you’ve ever been given?

OK – well, perhaps “If it isn’t pretty it won’t work” – I think that was Heather Brown complaining about the poor intentation style of my Backgammon player code.  But it is a valuable insight.  Readability is paramount.

Who or what inspires you?

“Who” would be Richard Feynman – he was the ultimate in committed scientist, blended with an unending curiosity, wit, imagination and intelligence.  I strive every day to be like him.

“What” would be Wikipedia.  Yeah – I know it has it’s flaws – and that academics tend to dismiss it – but the way that the biggest corpus of human knowledge has been amassed in such a short time by the coming together (and butting of heads) of so many people is deeply inspiring.  If that’s possible – then what else might be achieved?

Where do you see yourself in ten years?

Well, I’m 61 now…so a good goal for 2026 would be “still around”!  I really don’t see myself ever giving up working.  I want to create a small startup business – maybe something in the area of Augmented Reality – and have the time to tinker with things I enjoy.  I always have a couple of “side projects” on the go – and over the coming years, one of those needs to become “The Next Big Thing”.