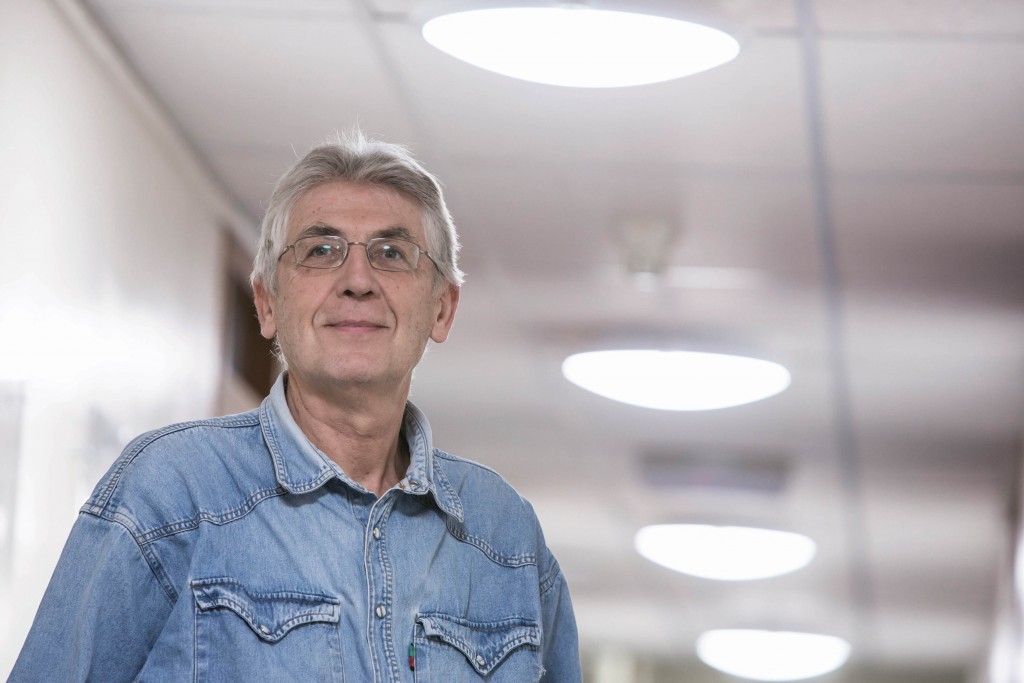 David Chadwick, Professor of Information Systems Security in the School of Computing is raising money for King’s College Hospital after their excellent care for him following a severe cycling accident.

David was cycling down St Thomas’ Hill, Canterbury in January when he was knocked off his bike by another cyclist, resulting in extensive injuries. He is currently on a phased return to work after two operations and a period of recuperation.

David said: ‘I was nearly killed in a cycling accident on 19 Jan 2016 whilst cycling home from the University. I suffered a broken shoulder, seven broken ribs, a shattered pelvis and cracked vertebrae. I was rushed to Kings College Hospital in the early hours of the morning and had my first operation later that day. A week later I had a bigger operation on my pelvis. Thanks to the excellent care I received, I survived. Patients have 40% greater chance of survival at Kings, so I was lucky to be transferred there, otherwise I might not be fundraising for them today.

‘I have recently began to walk again and I am hoping to be fully recovered by June, and also fit enough to take part in the sponsored abseil down the Jubilee tower block at the hospital. This is a great target to aim for, both physically and financially, since all the sponsorship money I raise will go towards the fantastic care that Kings gives to its patients.’

David is hoping to raise £1000 for the hospital. The abseil will take place on Friday 17 June 2016. https://www.justgiving.com/David-Chadwick-Abseil