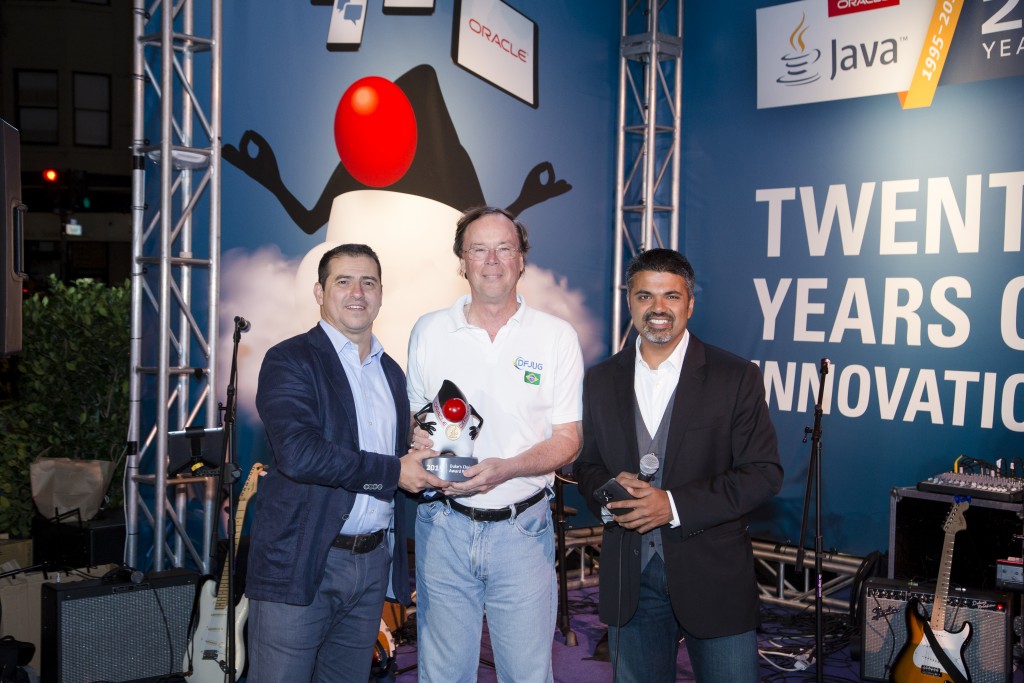 A PhD student from Kent has won international recognition in an unprecedented way for his work with the computer language Java.

Daniel deOliveira won the Oracle Duke’s Choice Award at the JavaOne 2015 conference – the first time the award has been made to an individual rather than a project or team.

Winning the Oracle Duke’s Choice Award is the equivalent of winning a film Oscar for the nine million-strong Java community.

The awards celebrate innovations based on Java technology, the foundation for virtually every type of networked application.

Announcing Daniel deOliveira’s award, Oracle said it was honoring him as an ‘inspiring Java Champion’, as the founder of Brazil’s oldest JUG, (Java Users Group), the DFJUG of Brasilia. Brazil now has one of the largest and most active Java communities in the world. DeOliviera was also active in organising BrazilJUGs, a month-long series of activities honoring 20 years of Java.

Daniel deOliveira has been studying for two and a half years at Kent’s Computing Education Research Group, within its School of Computing, on a scholarship from the Brazilian Government’s Science Without Borders programme.

DFJUG of Brasilia has always been involved in community social projects to teach Java, wherever possible free of charge or at token prices. JEDI, its complete Java engineering course, has trained more than 47,000 new developers since 2005 for free, in very underprivileged environments of social exclusion such asfavelas located in the seven countries where Portuguese is spoken. Since 2011 it has had a team of volunteers working on making its Greenfoot environment suitable for Portuguese speakers. Greenfoot aims to teach children to programme Java through games.