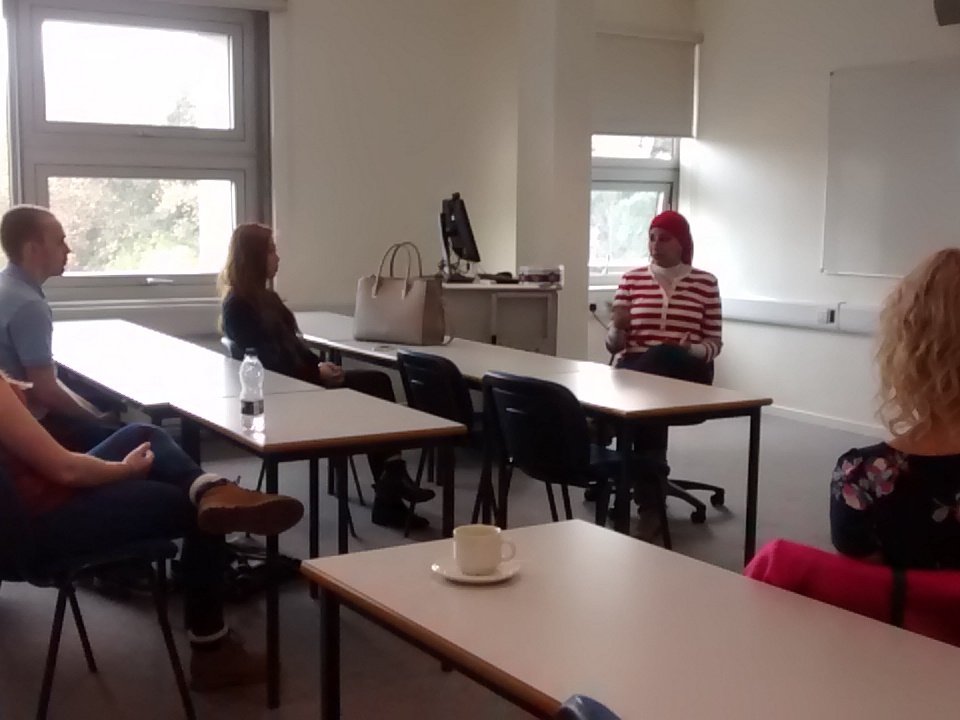 On Thursday 5 November, the School hosted a Women in Computing event to inspire students by hearing from female speakers who are successful in their respective industries,  despite women being significantly under-represented in the STEM (Science, Technology, Engineering and Mathematics) industries.

Katie Difford, a second year Computing student organised the event. She said, ‘Overall, we learned that irrespective of how we come to work and study in IT, technology will be used in any career path we take and that women are significantly under-represented in these industries. However, we also discussed that women have made huge progress in both work and academia and it is hoped that in 20 years time, women and men will be equal in STEM industries and a ‘Women in Computing’ talk would no longer be necessary.’

Speakers included Anna Jordanous, a lecturer at the School of Computing. Anna talked about her path into the tech industry, completing her undergraduate degree and working in an IT role in retail, before applying for her Master’s and  PhD. Katie said; ‘It was  interesting to hear as Anna demonstrated the different paths into IT roles in industry as well as academia.’

PhD student, Ayah Helal talked about her decision to come to England from Egypt for her PhD and her hopes for the future. Ayah recalled that in her undergraduate class, women outnumbered men, but further on in their careers, women were impacted by their decisions to get married and have children, as the cultural expectations of them were different.

Sara Beaney, from Vanquis Bank told students about her work in management and  progression to working in IT through various promotions. She talked about how women are very well represented in the people she manages and shared stories about how these female colleagues came to work IT.

Finally, Catryn Ladd talked about how IT is becoming a more important aspect of her job in the charity sector. She spoke to students about the fact she didn’t consider how important technology would be in her field and has had to learn a lot from networking with others and sharing their experiences.