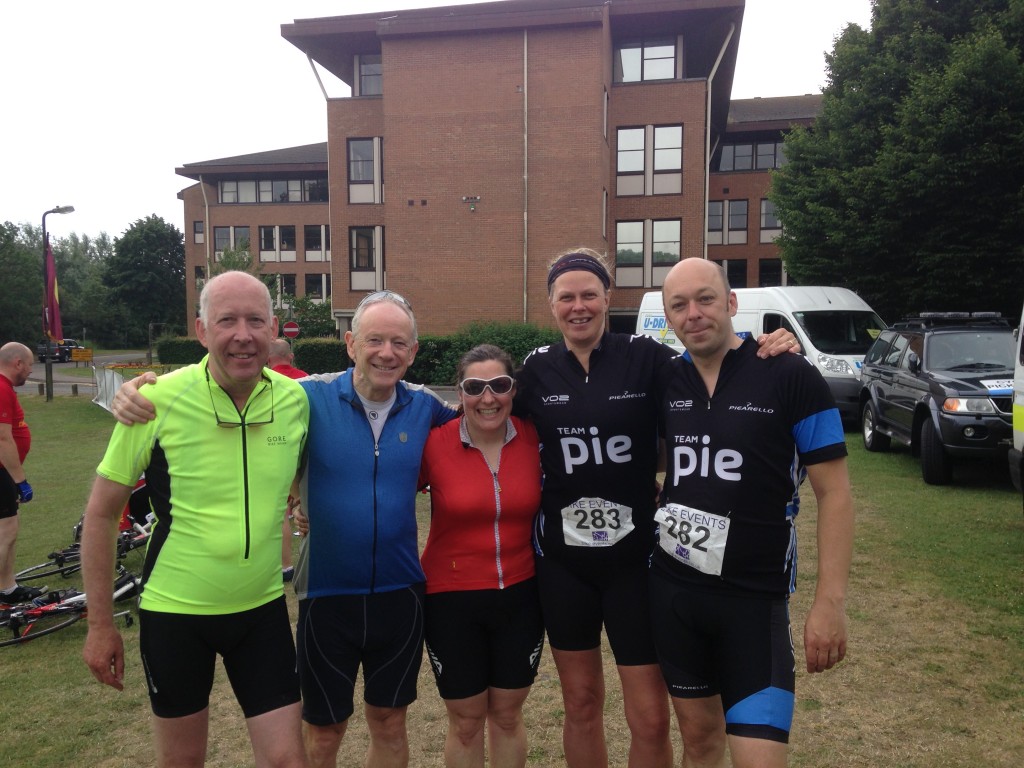 As preparation for a Paris to Canterbury cycle ride in September, Professor Richard Jones and colleagues from the University took park in a 60-mile charity bike ride on Sunday 28 June.

In September a group of riders will be cycling from Paris to Canterbury as one of the 50th anniversary Goldstein Cycle Rides (named after Professor Laurence Goldstein, former Head of School for European Culture and Languages). Riders include Professors David Chadwick, Richard Jones and Simon Thompson from the School of Computing.

As part of training for this event, Richard and other Paris-Canterbury riders (from Kent Law School, the School of Anthropology and Conservation, Information Services and alumni) rode 60 miles in the Great Kent sportive taking in Ashford , Tenterden, Lydd and New Romney.

The cyclists raised money for the East Kent Hospitals Charity with Richard raising £150. He said; ‘The ride was great fun. As a newcomer to road bikes, it was nearly twice as long as I’ve ever ridden before, and I wasn’t sure if I could sit on that saddle for four hours. But all went well and I can still walk, and even sit! I am just so impressed by the generosity of those who supported me.’