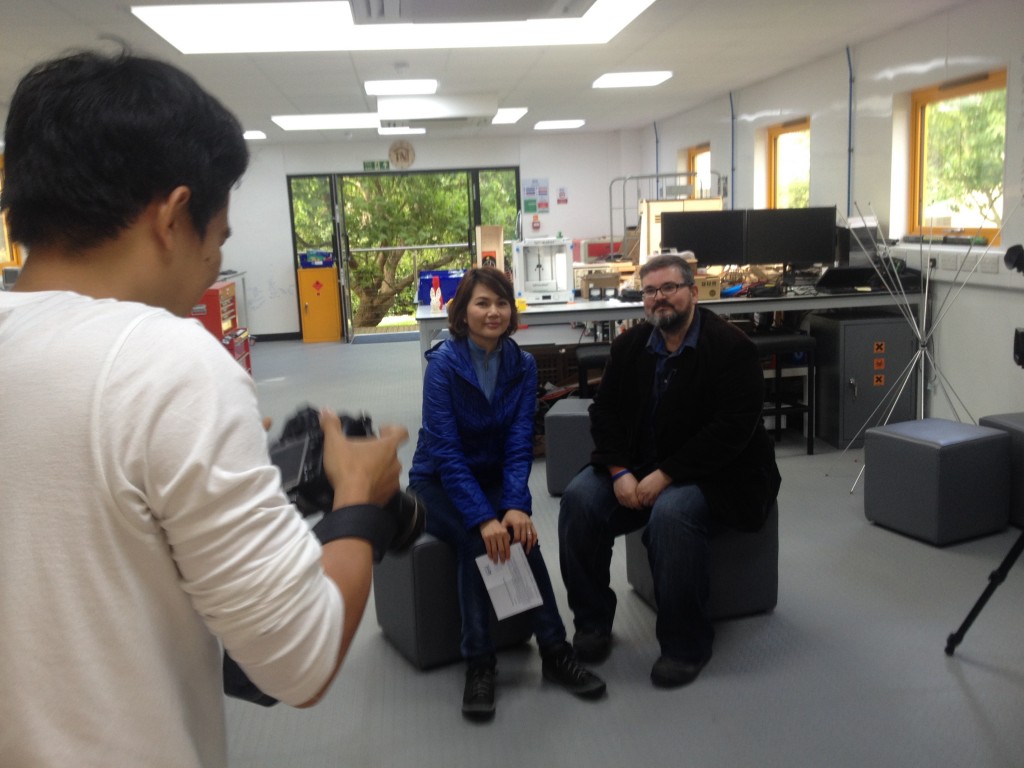 The School of Computing has hosted two film crews in an afternoon, both interested in the cyber security work of the School.

Lecturer Julio Hernandez-Castro was asked his opinion on a new Kent County Council campaign to help fight cybercrime for a KM online video.

He was also interviewed about his research for a programme called Inside UK Education which will be shown in Thailand as part of its long-running World 360 degree documentary series. The purpose of this project is to promote UK education in Thailand, particularly to major funding bodies, such as the military academies and the Thai Student Office.

For both interviews the School’s makerspace ‘The Shed‘ was used as a filming location.