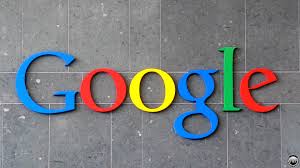 Eighty top academics including Eerke Boiten from the School of Computing and Alan Mckenna from Kent Law School have signed an open letter to Google, arguing for more public scrutiny over its handling of ‘right to be forgotten’ requests. The letter was featured in the Guardian and stated that since The European Court of Justice ruled that Google is responsible for removing links to outdated, irrelevant or misrepresentative information on search results for individuals, it has received 250,000 requests to do so.

However, it is argued, the search engines have been left to decide how to determine complex judgments about the balance between personal privacy and access to information.

Eerke Boiten, director of Kent’s Centre for Cyber Security is a regular contributor to public debate on online privacy issues, and is quoted regularly in national media and technology publications as well as being regular contributor to The Conversation where he recently expressed his views on Google’s ‘right to be forgotten’.

The letter can be read in full here.