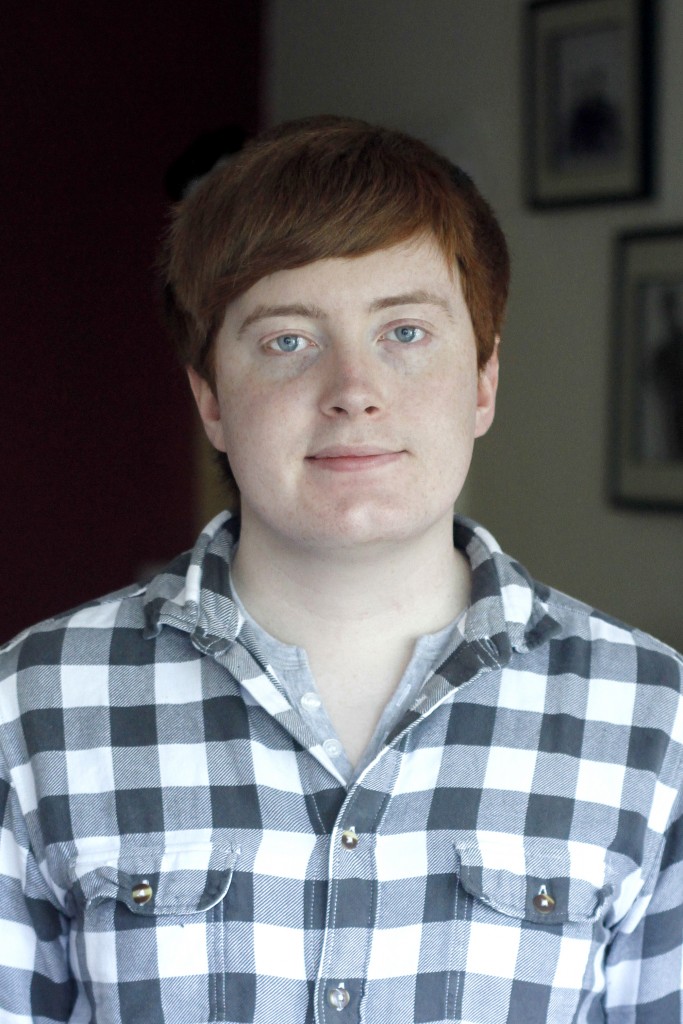 Alex Maskill decided to undertake a conversion Master’s in Computer Science at Kent after he discovered an interest in programming whilst writing an award-winning science fiction novel.

Alex was an undergraduate student in Political Science at the University of Leicester when he heard of the Terry Pratchett First Novel Award, a competition soliciting fiction manuscripts from unpublished authors. Alex heard about the competition in August 2012, and with only five months before the closing date, Alex wrote around 1000 words a day to hit the deadline.

‘Writing the book while studying probably stopped me getting a first, but I still got a 2:1 in my degree, and I’d rather have that and a book out to be honest,’ says Alex, ‘I had the vague idea of a futuristic city in the middle of a desert, and I wanted something political that would keep my interest for the months that I was writing it. I brain-stormed the book starting from the themes and building the plot, setting and characters to accommodate them; the big idea ended up being using biotechnology and cybernetics as an extended metaphor to explore larger ideas about sociopolitical concepts of systemic alienation and dehumanization.

‘I wrote 1000 words per evening without fail. My own laptop went for repair for a month after the keyboard broke, so I had to use the university computers and laptops borrowed from friends. At the same time, I was researching the tech as much as possible given the time frame, and it was here that I realised how much I enjoyed programming and learning about technology.

‘I knew that the book had promise after my mum read it and her reaction slowly changed from annoyance at my priorities to wanting to find out what happened next.’

There were 500 entries to the competition and six shortlisted finalists were invited to a hotel in London where Sir Terry Pratchett and the judges announced the winner. Alex said: ‘I had quite low expectations. The other shortlisted authors were at least ten years older than me, had more experience in writing published short stories and some even had agents. This was the first draft of my first novel so I was just glad to be on the shortlist’.

However to Alex’s surprise his novel won the award, a publishing deal and £20,000. After editing and some rewrites The Hive Construct was published by Transworld on 25 September 2015, the day Alex arrived in Canterbury to start his Master’s programme, funded by the prize winnings.

‘In the future I want to try to retain as many creative avenues as possible. On top of prose, I write music a lot, for instance. I’m also getting into video game design and development, which is a little more pertinent to my degree; it involves computing but is still expressive. Even if I could write full-time I’d still like to use the skills I’m learning on my Master’s in some capacity. I am also looking forward to an industrial placement later this year but as Terry Pratchett said to me ‘If you keep [the writing] up you may never have a proper job!’

Situated deep in the Sahara Desert, New Cairo is a city built on technology – from the huge, life-giving solar panels that keep it functioning in a radically changed, resource-scarce world to the artificial implants that have become the answer to all and any of mankind’s medical problems.

But it is also a divided city, dominated by a handful of omnipotent corporate dynasties.

And when a devastating new computer virus begins to spread through the poorest districts, shutting down the life-giving implants that enable so many to survive, the city begins to slide into the anarchy of violent class struggle.

Hiding amidst the chaos is Zala Ulora. A gifted hacker and fugitive from justice, she believes she might be able to earn her life back by tracing the virus to its source and destroying it before it destroys the city. Or before the city destroys itself . . .

With its vivid characters, bold ideas and explosive action, The Hive Construct is science fiction at its most exciting, inventive and accessible.