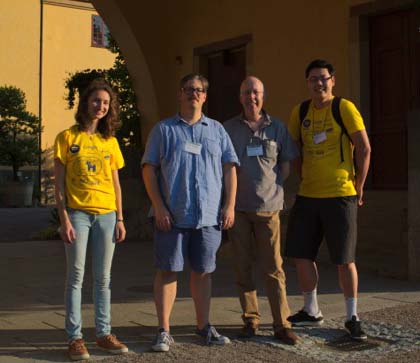 ECOOP is the premier European (arguably the world leading) conference on all aspects of object oriented programming. It is also the venue for the award of the Dahl-Nygaard Prizes, named after Ole-Johan Dahl and Kristen Nygaard in honour of their pioneering work on object-orientation. The other high profile sponsors of the conference included Spotify, Google, Oracle, Samsung and IBM research.