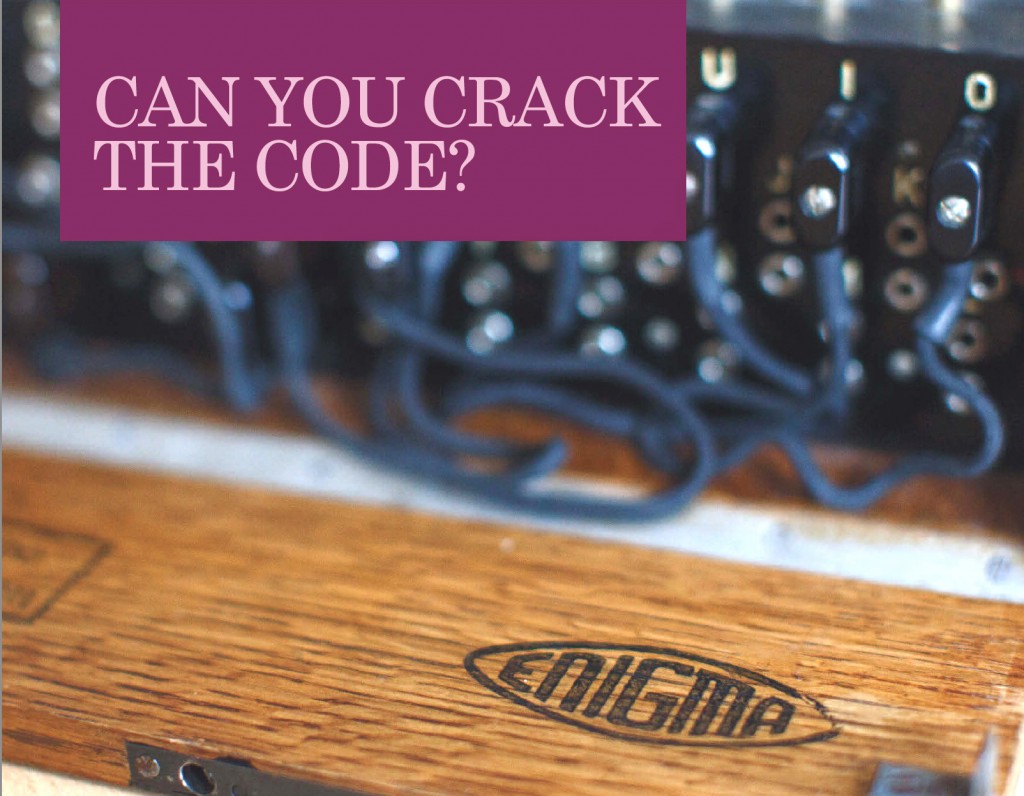 The School of Computing has launched the Kent Crypto Challenge as part of the University of Kent’s 50th Anniversary celebrations.

The Kent Crypto Challenge is a series of texts, encrypted with the Enigma machine, which are waiting to be cracked. The challenge has been set for under 18s, current students and alumni to see if they can unlock the secrets of Second World War coding systems.

The Kent Crypto Challenge is part of the University of Kent’s 50th Anniversary celebrations, which begin on 1 October 2014. This challenge is linked to the opening of Turing College, named after the celebrated Computer Scientist Alan Turing, who greatly contributed to the shortening of the Second World War by cracking intercepted coded messages, which enabled the Allies to defeat the Nazis in several crucial battles. This challenge is a similar to the code breaking undertaken by Turing and his colleagues at Bletchley Park. Turing College will open on the Canterbury Campus of the University of Kent in 2015

There is a total of £2,400 in cash prizes in the three categories of under-18s, current students and alumni. Each category has a bronze, silver and gold level of difficulty. The Challenge closes on 25 May 2015.

For more information about the challenge, please go to http://www.cs.kent.ac.uk/kentcryptochallenge/index.html

With thanks to the Enigma Outreach programme from Bletchley Park Trust for allowing the School of Computing to use one of their Enigma machines.