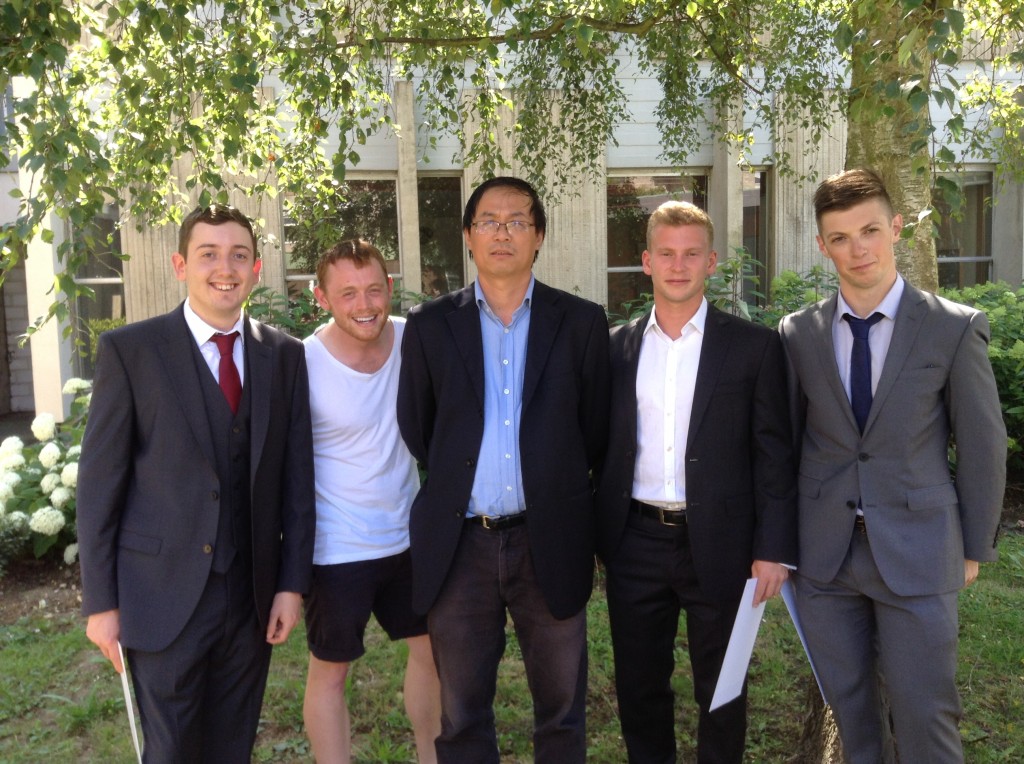 Congratulations go to the final year students who have been awarded a prize for their outstanding achievements. The prizes were awarded to students who attended the graduation congregations at Medway on 8 July and Canterbury on 16 July.

Edward Jones – Dean’s Prize; a prize awarded for outstanding performance in the examinations.

James Wilkinson – Rotary Prize; prize awarded for the best results in each faculty.

Lucas Kummerle-Perger  – Rotary Prize; prizes awarded for the best results in each faculty.

Stephen Bowles – Janet Linington Prize; an annual prize awarded by the School of Computing in the area of schools liaison and other outreach work.

Samuel Berry, Stephen Howard, Suresh Kuwar, Kydzaiishe Tsoka were awarded the Kent Innovation and Enterprise Prize at the Poster Fair. A prize awarded by the School of Computing doe the best final year project with an investment/development opportunity.