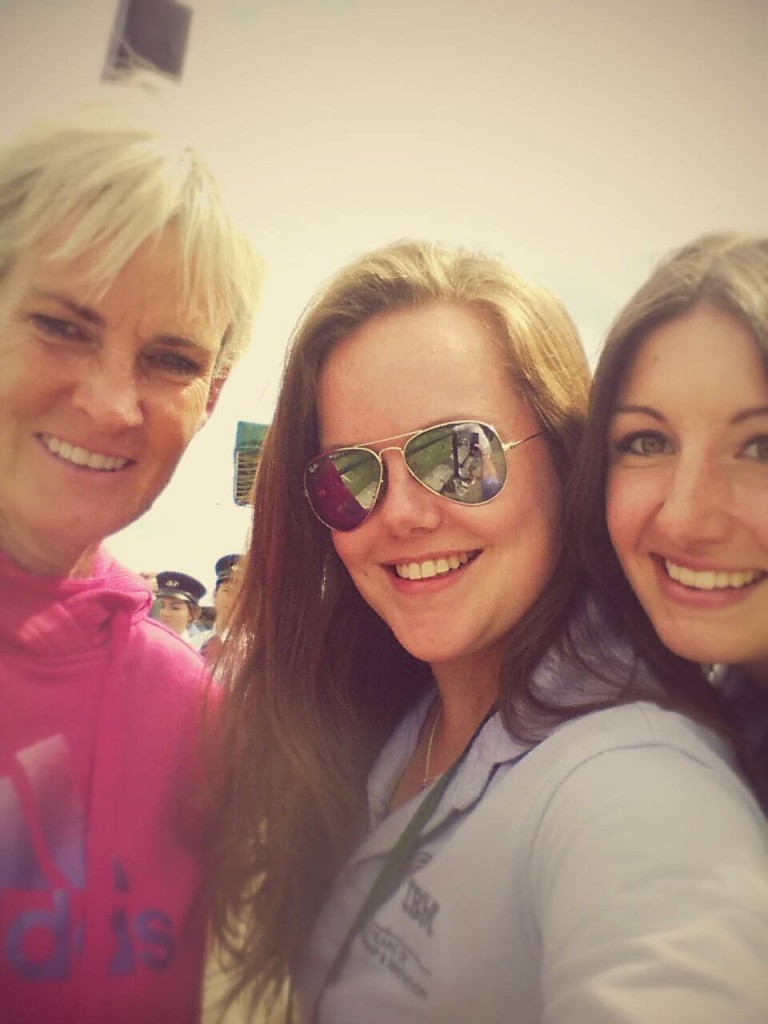 Information Technology student Charlotte Hutchinson has been been rubbing shoulders with the great and good of the tennis world during her time working with IBM behind the scenes at Wimbledon.

She said; ‘I had the best two weeks at Wimbledon. I’ve had so much fun and met some amazing people!’

Charlotte was tasked with working on the Media Production Team providing the players on all the show courts with their match statistics and data on a memory stick within 30 minutes of the match ending.  She said; ‘It was surreal to think that some of the worlds biggest and best tennis players would be analysing their game on the USB sticks I created and built for them.’ Charlotte who is a student of Information Technology with a Year in Industry at the Medway campus, is currently undertaking her placement year at IBM, the main sponsor of the event.

Hundreds of staff at IBM applied to represent the organisation at the championships and Charlotte was one of only 24 who was successful in gaining a place for the fortnight. The rigorous selection process involved an application form, selection by an IBM manager, shortlisting by the Wimbledon team, and finally an assessment centre with group exercises and a one-on-one interview.

IBM has been a supporter of the All England Lawn Tennis Club and The Championships for 25 years. The School of Computing has a long standing relationship with IBM and many students have been placed at IBM for their paid Year in Industry and been employed by them after graduation.