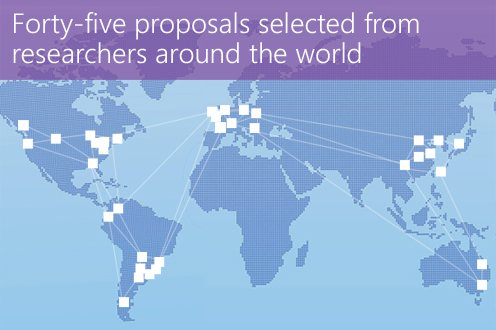 David Barnes and Julio Hernandez-Castro from the School of Computing have been successful in securing a Windows Azure Research Award.

The award consists of 12 month access to massive computational resources offered in the cloud infrastructure of Azure, for the joint project “Mining chess data to distinguish human from computer play” in order to detect chess cheating.

The services Microsoft provide for this award are valued at $40,000. Only 45 research teams worldwide, from a range of disciplines, have been awarded with a Microsoft Azure Research Award in the last call.

On his Research Connections blog, Dennis Gannon, Director of Cloud Research Strategy, Microsoft Research Connections stated “As the December 2013, deadline approached, we braced ourselves for a barrage of creative ideas. we received a large number of excellent computer science proposals that rely on the scale of the cloud to experiment with new algorithms and database topics. Selecting the winning proposals was extremely difficult, as we can fund only a fraction of the submissions.”

The Windows Azure for Research project aims to ‘facilitate and accelerate scholarly and scientific research by enabling researchers to use the power of Windows Azure to perform big data computations in the cloud.’

For more information, go to http://blogs.msdn.com/b/msr_er/archive/2014/01/16/latest-recipients-of-windows-azure-for-research-awards-announced.aspx