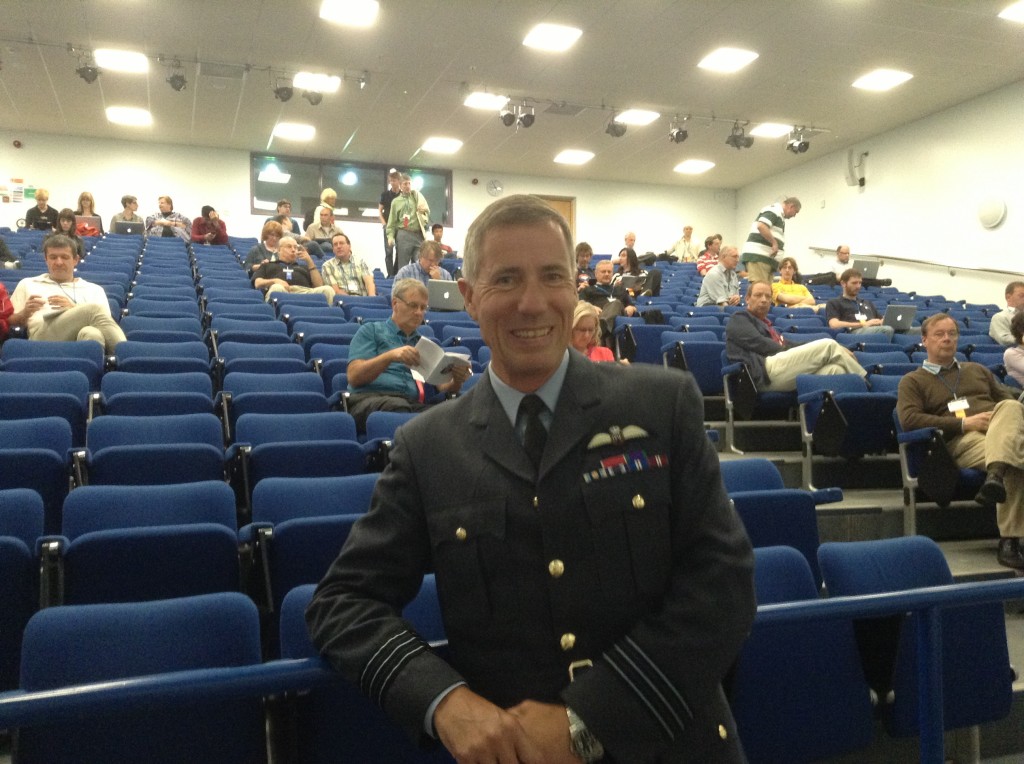 Wing Commander Andy Green also known as ‘the fastest man on earth’ sped down to the Canterbury Campus to speak about his land speed record and how he hopes to engage scientists and engineers of the future with his next attempt. The Royal Air Force fighter pilot and holder of the World Land Speed Record addressed delegates of ITiCSE 2013, the 18th Annual Conference on Innovation and Technology in Computer Science Education, hosted by the University of Kent.

In his keynote speech on Wednesday 3 July, the first man to reach supersonic speed on land explained how he will attempt to break the record again in the new BLOODHOUND Supersonic Car, which aims to exceed 1000 mph.  This project is linked to a major education programme in schools across the country, which aims to inspire the next generation of young engineers and scientists, while setting the most remarkable Land Speed Record of all time.

Wg Cdr Green said “We currently have more students enrolled in psychology degrees than engineering. If we are to overcome the world’s issues around sustainability, energy, water, food and IT, we need to find 300,000 more people skilled in science, technology, engineering and maths. The BLOODHOUND Project can be the catalyst through which young people will acquire the skills and develop innovative talents that will enable them to overcome the challenges we face on a global scale. For example by teaching Newton’s three laws in the context of the BLOODHOUND supersonic car, it really bring science to life.”

The other keynote speakers at the conference were Professor Simon Peyton Jones, a Principal Researcher at Microsoft Research Cambridge and Chair of the Computing at School Working Group which aims to promote the teaching of computer science at school; and Chris Wildsmith, the Managing Director of Kinetic Solutions.

Conference Chair and Lecturer in Computer Science at Kent, Janet Carter said: “The conference has been a tremendous success. All three keynote talks were inspirational and thought provoking and the technical sessions were fascinating. We all wish Andy every success with his endeavor.”