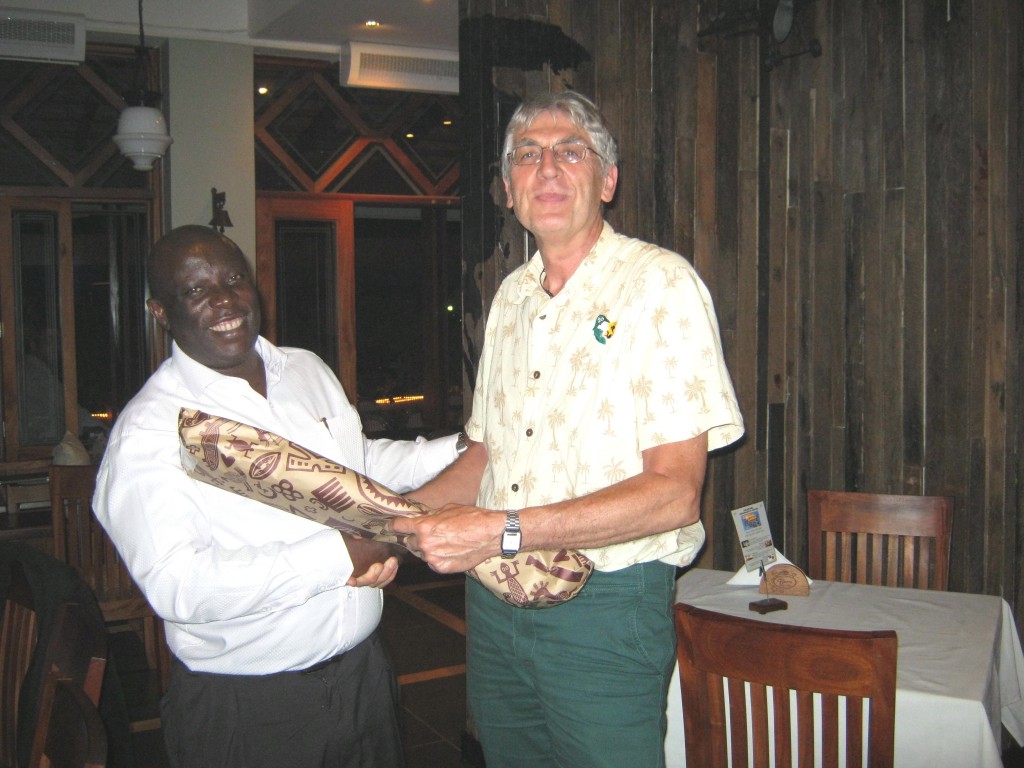 Professor David Chadwick has recently returned from a Foreign Office sponsored visit to Uganda as part of the Commonwealth Cybercrime Initiative (CCI). The mission of the CCI is to provide assistance to member states in realising their capacity to fight cybercrime.

The mission was led by Paul Caruana, a lecturer in criminology at the University of Malta who recently retired as Superintendent from the Malta Police Force, where he was in charge of the Cybercrime Unit. The team’s task was to interview officials from various government ministries, including the Director of Public Prosecutions and the Ministry of Finance, as well as the police, military, Internet Service Providers and banks, in order to determine their current preparedness to fight cybercrime and what aid they would like from the CCI in order to increase their capacity.

The picture shows David receiving a customary leaving present from James Saaka, the Executive Director of NITA (the National IT Authority of Uganda).