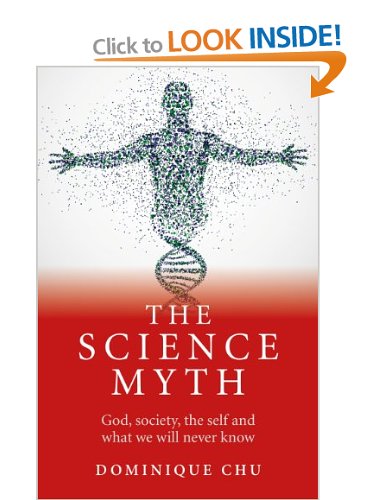 A new book by Dr Dominique Chu, a computer scientist at the University of Kent, provides fresh insights into the relationship between science and society, as well as shedding light on topical aspects of modern life.

Titled, The Science Myth – God, society, the self, and what we will never know, the book challenges the commonly-held view that science or the “scientific method” is somehow a privileged or more reliable way to generate knowledge than other human activities.

Dr Chu describes science as a social system and explains how fashions, beliefs and fads can shape the “science of the day” as much as experimental data does. The book also discusses how a belief in science can influence and constrain decisions; sometimes even preventing new and effective solutions to real-work problems.

Using examples, such as evidence-based healthcare and climate research to illustrate the science-society interface, the book describes why, for example, certain healthcare treatments are prioritised and funded according to “scientific method”.

Dr Chu said: ‘Science is such an important part of modern life. But it is time to develop a more critical understanding of what science does, how it works, so we can best use it for the good of society.

‘Too often important decision-makers act as though the scientific method and science is somehow special and more reliable than other knowledge-generation methods. While scientific input into decision-making is important, it must be remembered that science itself is limited in its scope. Relying too much on it will lead to poor decision-making.’

The book concludes boldly that there are no rules to science, and hence there is no such thing as the “scientific method”.

Dr Chu is a lecturer in computer science in the School of Computing at the University of Kent. His research focuses on computational models of living systems and biocomplexity. He also regularly publishes on the philosophy of science.

The Science Myth – God, society, the self, and what we will never know is published on 31 May 2013 by IFF Books. Review copies on request, via email: maria.barry@o-books.net.