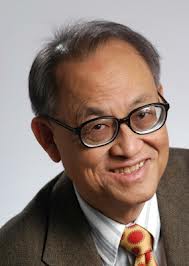 The School of Computing will be welcoming a distinguished Professor on to its team in August. Professor Leon Chua is an IEEE Fellow and an emeritus professor in the electrical engineering and computer sciences department at the University of California, Berkeley, which he joined in 1971.

Professor Chua joined the University of California, Berkeley, in 1971. Considered to be the “father of memristor”, he was the first to conceive the theories behind and postulate the existence of the memristor. 37 years after he predicted its existence, a working memristor was created by a team at Hewlett Packard. This was a big breakthrough to revolutionise traditional computer architectures. Leon is internationally well known pioneer in nonlinear circuits, Cellular Neural Networks, and Chaos Theory. His work in these major areas has been recognised internationally through 7 IEEE awards/prizes, 7 USA patents, 13 honorary doctorates, more than 500 peer-reviewed journal papers, and 8 books. He is also a recipient of the top 15 cited authors in Engineering award. He was elected a foreign member of the European Academy of Sciences (Academia Europea) in 1997.