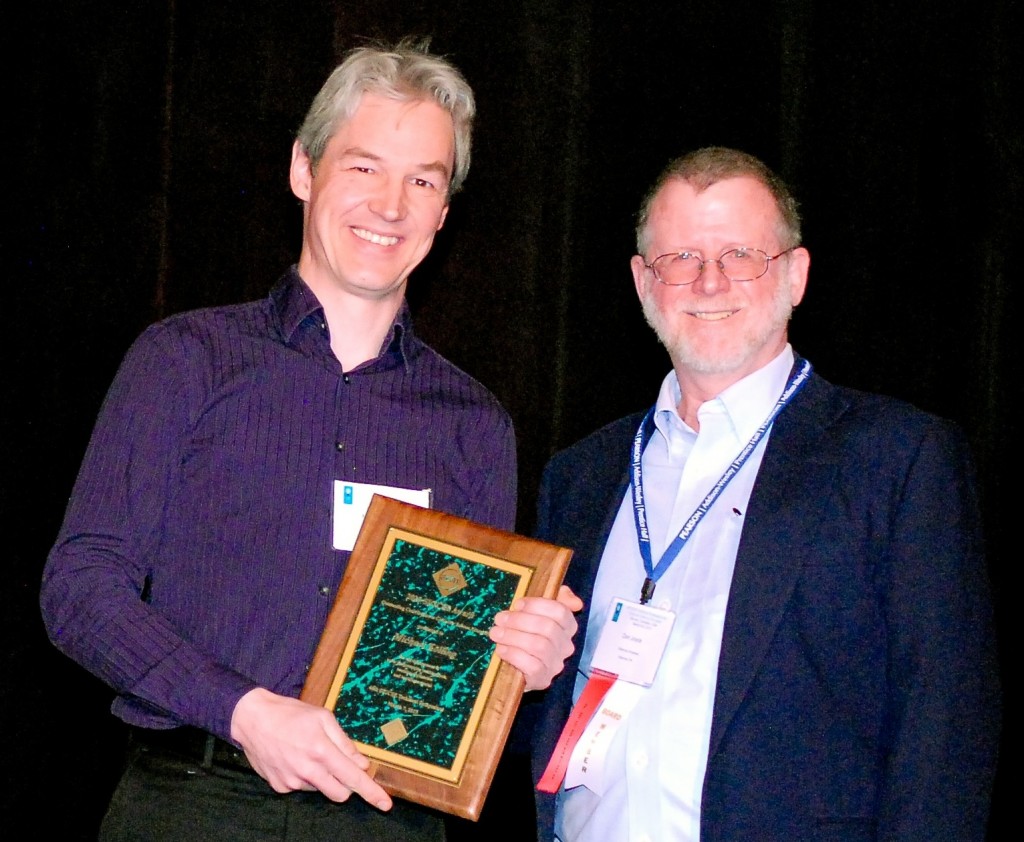 Dan Joyce, SIGCSE Vice Chair, presented Professor Kölling with the award at the SIGCSE Symposium in Denver, Colorado, on 7 March.

The international award recognises Professor Kölling’s work in the Computer Science Education field which centres on the development of software tools and material for the teaching and learning of programming in schools and universities.

The most recent of these software tools, named Greenfoot, has played a significant part in increasing the interest and engagement of computer science in schools, an area recognised by the Department for Education as key to future success of the subject. Fun and easy to use, it encourages interaction and discussion within a dedicated computer science community. The system teaches object orientation with Java and creates ‘actors’ who live in ‘worlds’ to build games, simulations and other graphical programs.

Alongside Greenfoot, Professor Kölling has worked on two other software systems used to motivate and engage schools with computer programming and software development. ‘Blue’, a computer science research project and ‘BlueJ’, an environment to teach programming at university level, were also recognised as part of the award.

The systems have attracted a global audience and are available for use by teachers and education professionals and are also available for individuals to download.

Speaking about the award, Professor Kölling said: ‘It is a great honour that the work on these systems has been recognised on an international level for the contributions they make to computer science education. As we continue to work on new software systems and undertake research in this field, I hope we will help raise awareness of the importance of computer science education for future generations.’

SIGCSE, an interest group of the ACM, the world’s largest educational and scientific computing society.