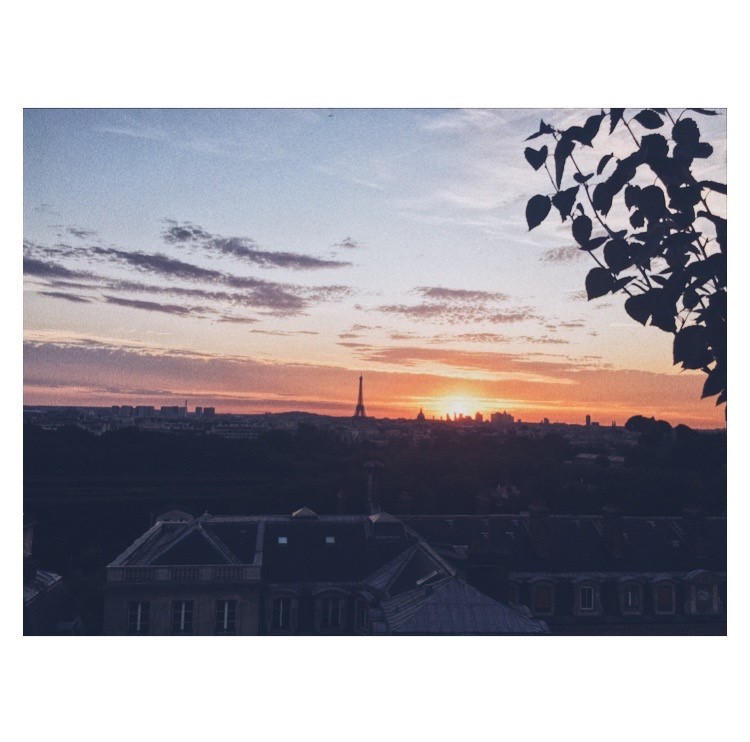 The second you arrive you can feel the heartbeat of the city, pumping your blood through your veins instead of your own. The first Monday is a blur of boulevards that will never be broad enough to truly encompass all that crawls through them, and new faces, thoughts, smells, and views. By the second day, however, you laugh with people you had never met before a mere 24 hours ago, as the breath of a world-renowned Picasso expert sounds in your ear through the audio guide as you ascend the 17th-century staircase in a museum dedicated to a 20th-century man. Sitting on grass that has seen better days, eating ice cream, you start to wonder whether, maybe, Paris is called the City of Light because of the way the sun reflects off the white buildings, bathing the streets in a blinding paleness like the structures were made of snow instead of stone. At night, on the roof terrace, you watch the city sparkling at your feet, coming to life now that the summer heat has subsided, and you begin to understand what it is that has charmed people for centuries.

By the middle of the first week, you sleep well for the first time, swimming in your sheets to the soft beat of the city, and endless stream of car alarms and hoarse, shouty French that has somehow become equal to a lullaby. You’re all experts at the metro system, swerving around tourists and through the gates with as much a mind of their own as a two-year-old, learning to be swept up in the current of the city, instead of trying to swim against it. Even now, however, the metro station of Chatelet-Les Halles is a maze that you only brave together, a catacomb for the living. You stumble around Montparnasse, the sun using its rays as a bat to beat your back with, wishing you could push the ice cream in your hand in your face to cool off a little, and bask in the heat in front of the Notre Dame, marvelling at the tourists who wait three hours in the centipedal queue only to see the inside of a church.

On the weekend, you’re finally living on your time, instead of those borrowed hours in which you really should be learning something. It starts with the whole group hungover at breakfast, heads spinning, brain cells banging pots and pans together in the aftermath of last night. You wander the long hallways of the Louvre, centuries of art spread out around you, making you feel smaller and smaller until you realise you’re nothing more than a fly on the windshield of humanity. The bus you decide to get on must have come to Paris straight from the highway to hell, a hot, sweaty mess of body parts and rucksacks, an animal with no blowhole for a once-wooden boy to climb out of. Ignoring your conscience telling you that you have enough books for nine life times, you trek to Shakespeare & Company, laughing at your friend as he succumbs to the temptation and buys something, then picking up a volume in the queue, and not realizing he might have been on to something when you are on the second chapter by the time you reach the cash register.

The dawn of the second week brings the realisation you won’t be living in Paris for the rest of your life crashing through your Eiffel Tower-shaped glass statue of a world view. The Friday presentations loom in the distance, a Tour Montparnasse ruining the Paris skyline of the next five days. And, yet, you enjoy yourself, wandering the Natural History Museum and realising how oddly designed humans are in comparison to the rest of the animal kingdom. You arrive in 36°C, deciding after 45 minutes that a quest to find an ice cream place might be preferable to determining the city’s social-geographical layout. Saturday morning brings a tidal wave of hugs and goodbyes, of tears and plans to visit the far-flung locations the universe has decided to send each of you next year. You smile into the shoulder of the last friend you say goodbye to, knowing it will not be an ever-lasting one.