Student Huyen Tran recorded their time at the Paris summer school as a diary. A video they made of their time with us can be found here!

I received the email that I had been granted a place to attend Kent University’s Paris Summer School. I thought, “This cannot be real!”, then I logged out, re-logged in and checked again to make sure I got the right email.

I went to bed thinking about all the things that I could do in Paris, all the new knowledge I would learn, new people I would meet. The scholarship opened an amazing opportunity for me to deepen my understanding on French history and culture, and to learn new knowledge on fields which were not my expertise such as architecture and philosophy. “Paris! I’m coming to Paris! For the first time!” It was a bit more difficult to fall asleep that night than usual…

Tickets, check! Clothes, check! Hair dryer, check! List of places, check! And I was ready for my exciting and invaluable journey to Paris this summer 2017.

Well, my travel was quite smooth, except that landing was delayed because of the airline, then bus to the city was delayed because of arguments between passengers, then I was stuck at the Metro’s door because it closed and I did not step inside the Metro yet, which left a big bruise on my arm. But all of these are just normal things which happen when you travel, I’ve got these all the time, and nothing could possibly overcome my joy of arriving at Paris, for the first time 🙂 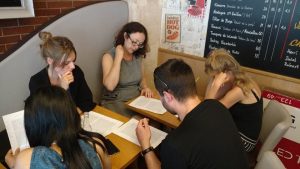 We began our first lecture which was about the French Revolution and the philosophy of the German philosopher Immanuel Kant. In analyzing the French Revolution, we attempted to answer some of the questions in political philosophy, e.g. who is the sovereign?, who votes, how?, who has what rights?, is there a right to revolution?, etc. The idea of Kant played an important role in explaining the legitimacy of the French Revolution. The sovereignty belonged to King Louis XVI until he accepted the existence of the Estates General, by which he passed the sovereignty to the people. From then on, he no longer had the power to restrain the actions of the assembly even when they finally replaced him. We also examined the path to establish a civil constitution as a social contract. We discussed about the opposition within a human being between the need to associate with others and the need to have things conducted in his own way, which prompts him to continue to strive and eventually achieve the state of enlightenment. Being enlightened, the human being sees the need of freedom, but at the same time, needs a master to control him from harming others by pursuing his self-interest. However, such master does not exist because whoever he is, as another human being, he has his own self-interest to pursue. As a result, a civil constitution for the common wealth is required and Kant even foresaw the League of Nations, which is now the United Nations. As a person who is always interested in reasons, I found it very interesting to apply Kant’s theory to make sense of what happened in the French Revolution and even further, of what happened in human societies.

I have also had deep discussion with other fellow students and in the meantime made some of my first friends in Paris. We continued to get closer throughout the summer school, visiting places and having fun together. All began with a simple “Hi…”. 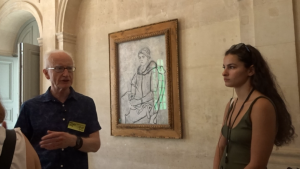 The next day after philosophy, we moved to art. We had a productive day exploring Picasso’s intentions expressed through his arts, from his early works to his “Blue” Period, “Pink” Period, African Period and Cubism. With his deep knowledge on Picasso’s arts, our lecturer took us to a journey from paintings to paintings, explaining their timing and their underlying messages. I was moved by the “Two Sisters” which was about the meeting of a prostitute and her sister in San Lazare prison hospital. Picasso painted them apparently holding a baby and in blue, the conventional color for married or noble woman, giving them a maternal aspect, certain dignity and nobility. In fact, his paintings showed his great sympathy and affection for the “miserable”, the blind and the poor, women – extremely mothers – and prostitutes. Cubism, a way to display his objects in a poli-focal perspective, is another interesting topic. In his famous painting, Les Demoiselles d’Avignon, besides using cubism to depict female body in a distorted way, Picasso also combined western female figure with African art, which created an effect of a cultural clash.

Besides his arts, there was one thing I found encouraging in learning about Picasso that he also struggled when he first arrived in Paris. Being an international student living in Italy, I think I also experience to a great extent his feeling of being disconnected from his homeland and get lost in a totally different culture with different language and an uncertain future. It took Picasso three years to escape from his “Blue” Period, partly because of the death of his friend Carlos Casagemas who accompanied him to Paris, but also partly because he could not yet integrate himself to the local lives. By the time he finally established his circle of French friends, he was out of his “Blue” Period. His story somehow eased the impatience in me… 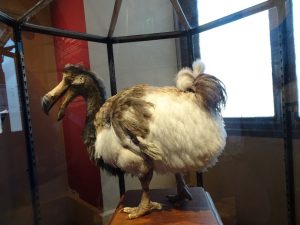 Our section about the scientific revolutions had a broad coverage from Kepler and Galileo’s heliocentrism to Newton’s motion laws to Lamarck and Darwin’s evolution and revolution theories. The last part of the lecture and our study visit to the Museum of Natural History were largely about human impact on our biosphere. We have damaged the balance in our biosphere with our growing population, excessive resource utilization and pollution. As a result, we created an extinction crisis, whereby the speed to extinction largely overcame the speed of evolution. I think the saddest moment was when we visited the exhibition of extinct animals and realized we would never have a chance to appreciate their beauty anymore, apart from looking at their samples in a museum.

“What have we done?” and “What can we do now?” are the two questions repeated by my classmates and myself to our lecturer several times during our visit… 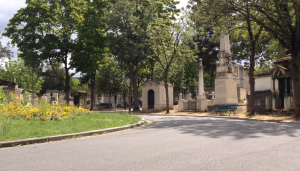 “Huyen visited the Cementerio de Montparnasse on a sunny windy day. She sit on a bench thinking about what she would like to write. In case you have not known yet, she had a nice little writing task. She was supposed to write about an object, a color and a name. She thought it was quite depressing to write in a cemetery, but well, she had to complete her task. So she picked black as her color, her name for the name and the bench for an object. She thinks she completes her task now…”

And that was my piece of creative writing for the session “Undefining the defined: Irrational approaches to writing”, which made everybody laugh. Mission accomplished! What a nice sunny windy day at the Cemetery 🙂

As much as I did not want the summer school to end, I knew there would come the time to say goodbye. The last two weeks were so much like a dream come true. I still could not believe I was able to attend such an insightful summer school, meet so many interesting people and visit famous places in Paris – places I used to know only from the books, all thanks to Kent University, I am so grateful! Besides a well-structured program, a wide range of expertise from the lecturers and great support from the school officers, the program also provided me a great opportunity to get connected with other students who shared the same interest but also specialized in different fields. I learnt as much from them as I did from the lecturers and I believe we will continue to grow together in the future keeping our friendship. And there will come the time to meet again 🙂 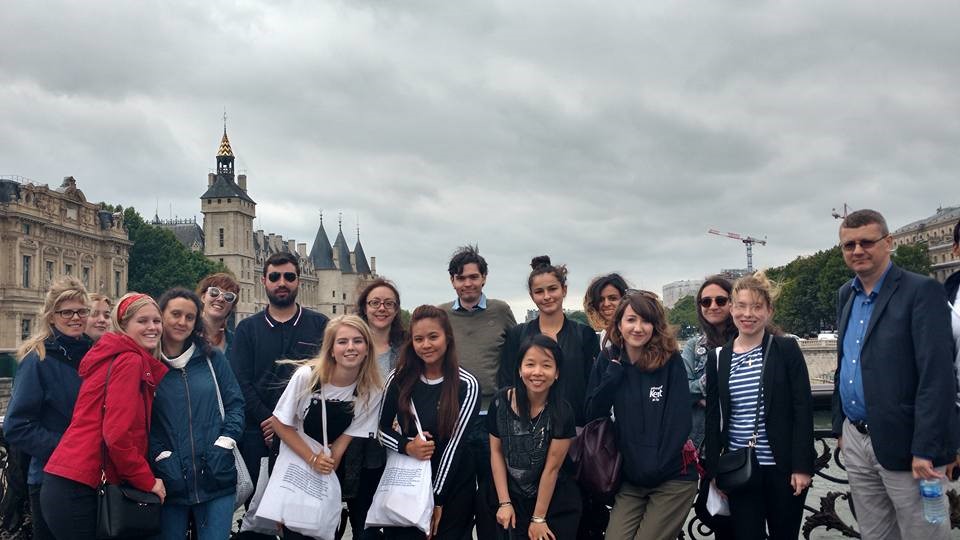