Welcome Week at Kent School of Architecture (KSA) was, as always, a bustling week for Stage 1 students to embrace this new chapter in their lives. During the All School Welcome session on Monday morning at 11.00, the Stage 1 students were introduced to all members of staff, and different areas of the university including Kent Union, SLAS, Templeman Library, KASA (Kent Architectural Student Association) & Student Health & Wellbeing.

Students were then taken into their Studio A for an introductory session with Stage 1 Co-ordinator, Chris Gardner. During this session, students were asked to pin a name tag onto a map of the world / map of England which produced a very interesting visual which is on display on their Studio A noticeboard. 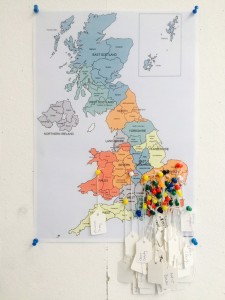 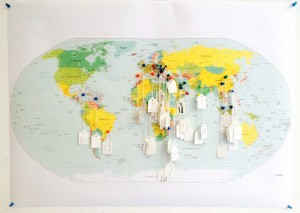 As part of the Student Success (EDI) Project, we also hosted a marquee event on the Tuesday of Welcome Week for all Stage 1 students in the form of a Design Charrette. The event was a success (despite the awful weather!) whereby students split into groups and created a ‘Tower in an hour’. Resident fine artist Patrick Crouch, along with members of Stage 5 including the KASA president were there to lend a helping hand and advise throughout the process, as well as acting as a crit panel whereby the students had to present their finished towers to their peers also. 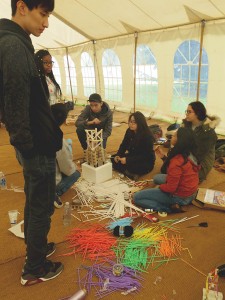 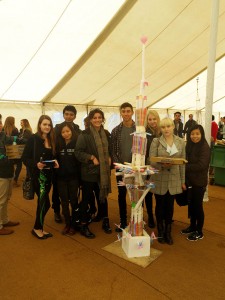 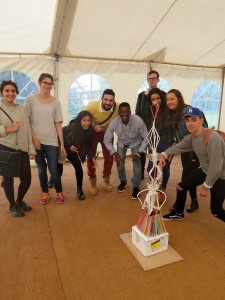 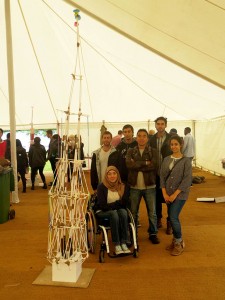