Around 170 people joined the event organised by Kent’s LGBTQ+ Staff Network as a show of support for LGBTQ+ staff and students ahead of the Lambeth Conference.

The march around campus was planned to show the world that people of all gender identities and sexualities are welcome and part of the Kent community. A number of Conference delegates – including gay Bishops with their spouses – joined in along the route, which culminated in a mass dance-off in the University’s central plaza. 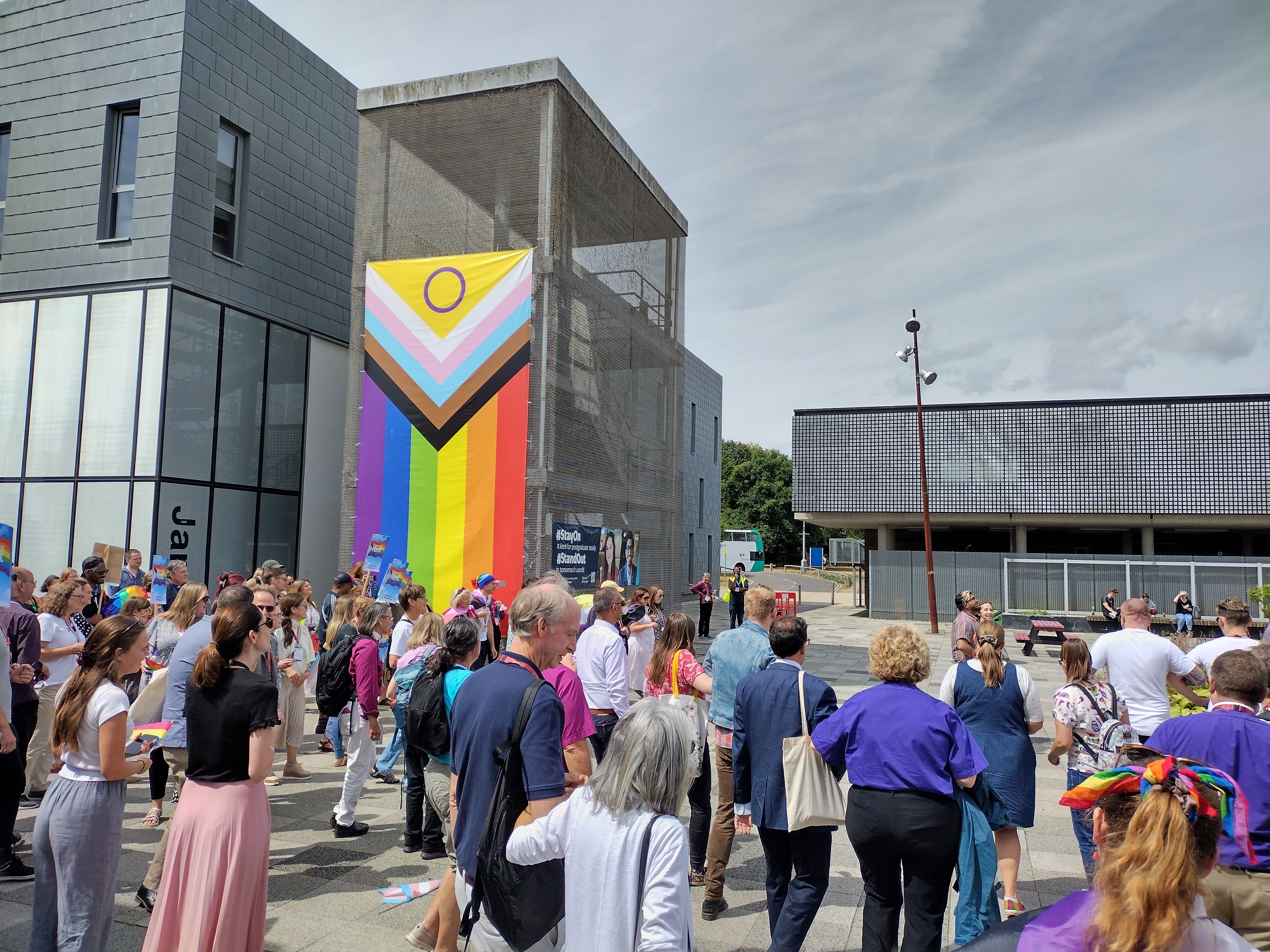 Following the joyful and celebratory rally, the Network also hosted the Rainbows in Religion Symposium in Marlowe to explore further the intersection of sexuality and religion. Speakers including UoW Trinity St David lecturer Dr Angus M Slater and former UK Government LGBT Advisory Panel member Jayne Ozanne reflected on their own experiences pushing for equal marriage within the Church, before a panel discussion featuring staff and students at the University.

The Lambeth Conference has been hosted at the University since the 1970s, with senior figures from across the worldwide Anglican Communion convening for prayer, reflection, fellowship and dialogue. While we are clear that the Church’s views on equal marriage in particular do not fit with our values as a University, our aim throughout the conference is to facilitate debate and discussion where we can in the interest of positive progress.

Find out more on what to expect during the Conference