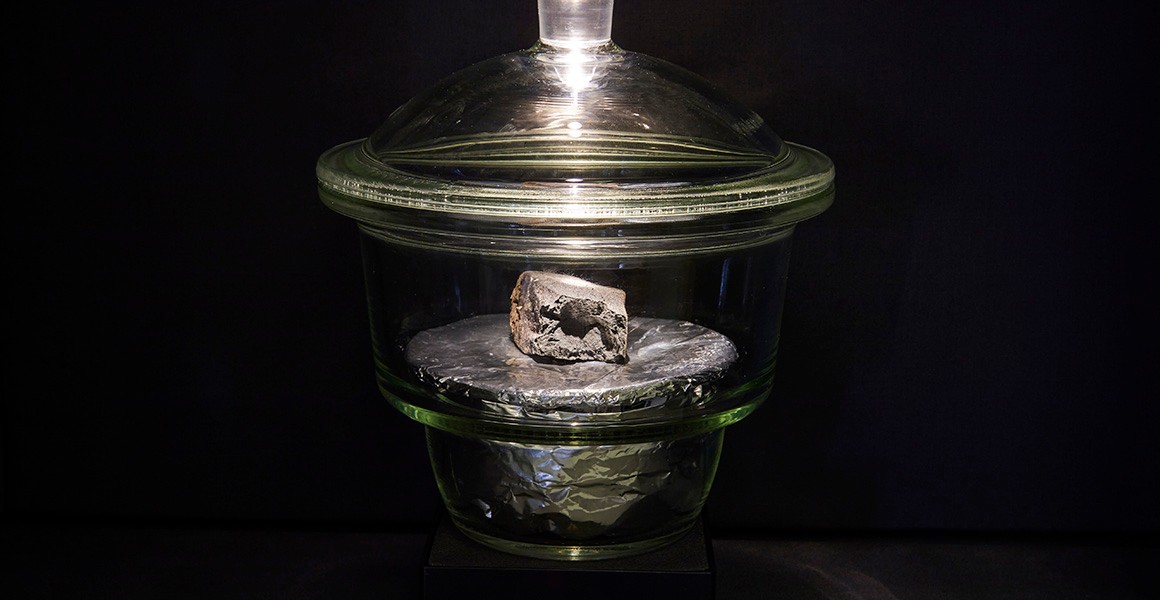 Researchers at Kent are excited to be part of the nationwide analysis effort on the Winchcombe meteorite. This meteorite fell near Winchcombe on 28/2/21 (for more details click here). Its fall was observed, leading to a rapid recovery. It is now lodged at the Natural History Museum (London) where it is on display. The meteorite is classed in group CM2. It is a primitive object, that formed early in the history of the Solar System, about 4.6 billion years ago.

Professor Mark Burchell says: ‘At Kent, we are proud to have been part of the national effort to analyse the Winchcombe meteorite.  This is the first UK meteorite recovered in 30 years and is a national treasure, with pieces literally on display in the Natural History Museum (NHM) in London. The Kent team (Luke Alesbrook, Mark Burchell, Luke Cornwell, Aishling Dignam, Matthias van Ginneken, Daniel Hallatt, Vassi Spathis and Penelope Wozniakiewicz) worked for several months conducting spectroscopy on samples sent to us from the NHM, and are pleased to see that an article has now appeared in a major journal, with more papers to follow next year.

Dr Natasha Almedia, Curator of Meteorites at the Natural History Museum and co-author says, ‘We’re still reeling from our good fortune to have such an important meteorite fall in the UK, and are so grateful to the local community for their donations and the UK’s cosmochemistry network for coming together to produce this extensive study. The combination of such a quick recovery, careful collection, and our ongoing curation of Winchcombe in a nitrogen atmosphere means this incredibly fresh specimen will remain one of the most pristine meteorites in collections worldwide.”

More details about the metorite have been published by the BBC.