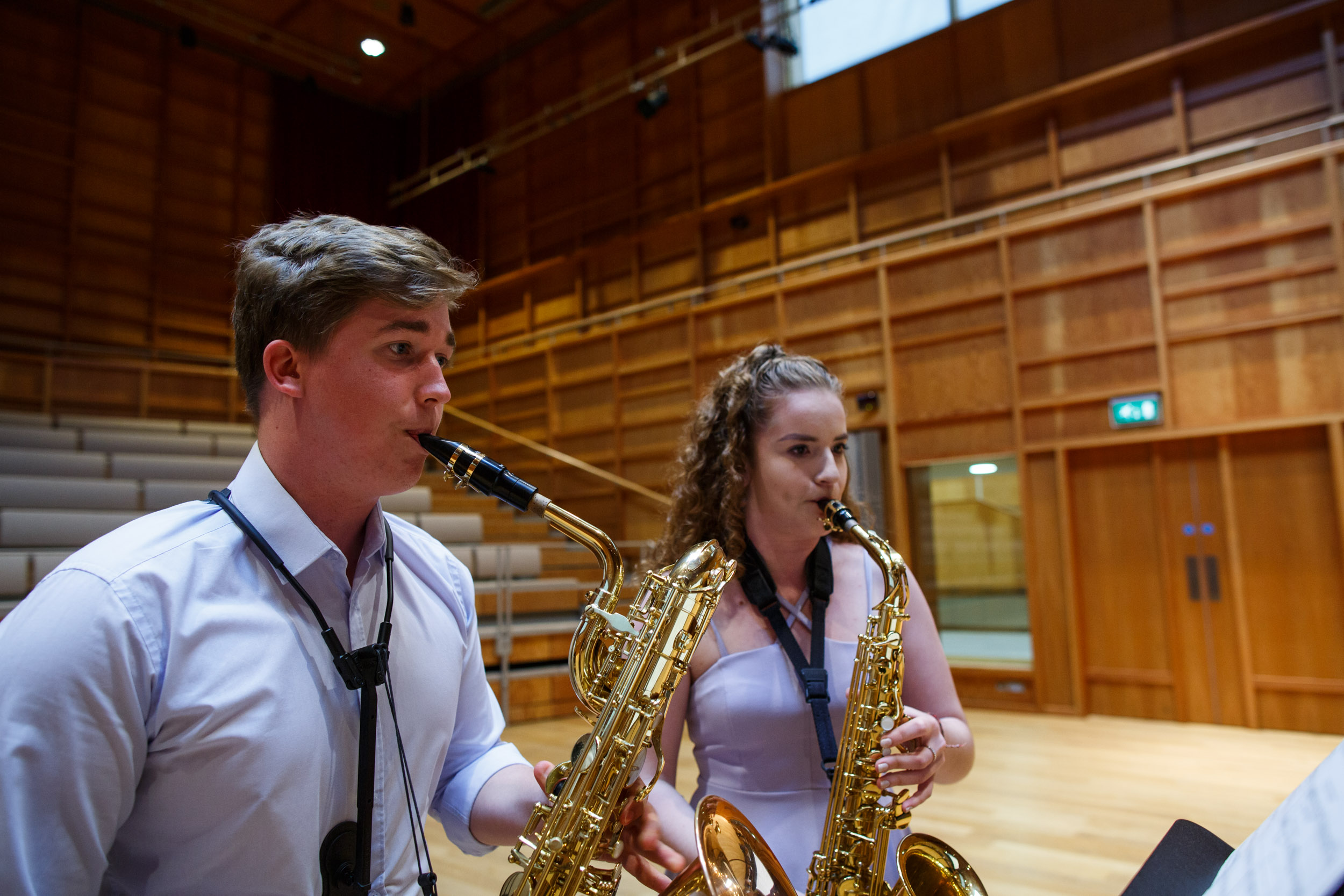 Over the past four years I have had the honour of being able to say that, alongside my degree in Astronomy, Space Science and Astrophysics, I am a music scholar here at the University of Kent. I was awarded the Music Performance Scholarship in 2018 on the saxophone and have loved developing my playing through the various ensembles that are on offer as well as under the fantastic tutelage of Peter Cook. All of this progress led to me being fortunate enough on my year abroad last year (2021/22) to have been accepted into the Tom Walsh Jazz Ensemble at the Jacobs School of Music in Indiana University, Bloomington.

I do also have a particularly large ‘thank you’ to make to the University of Kent Music department and donors to the scholarship programme.  Unfortunately, due to several Visa issues I was unable to attend the auditions at Bloomington at the start of term and instead had to submit the YouTube video made by the Music department for the Scholar’s Spotlight series in 2021, which fortunately led to my acceptance into one of the music school’s big bands, without which I would not have had such an incredible opportunity!

I spent my year in Bloomington playing with some phenomenal young musicians in an extremely professional atmosphere under the tutillage of Dr Tom Walsh, whose direction has taught me so much about playing in an ensemble and developed my technique on the saxophone much further than I was at when I arrived.

Over the year we played a huge range of music for big band, from our opening concert in remembrance of the great Sammy Nestico to some contemporary arrangements of Radiohead and other works from young composer emerging on the scene in the USA. Alongside playing awesome repertoire we were accompanied by guest artists who came to the department and worked some of the ensembles either through jam sessions or in concert including the Emmy nominated Melissa Aldana and the Emmet Cohen trio lead by the “#1 Rising Star Pianist and #4 Rising Star Jazz Artist” as voted by Downbeat (2022).

Both of whom inspired me hugely and their knowledge and passion is something that I hope to take with me as I continue to play, both here at the University of Kent and forwards in my career.