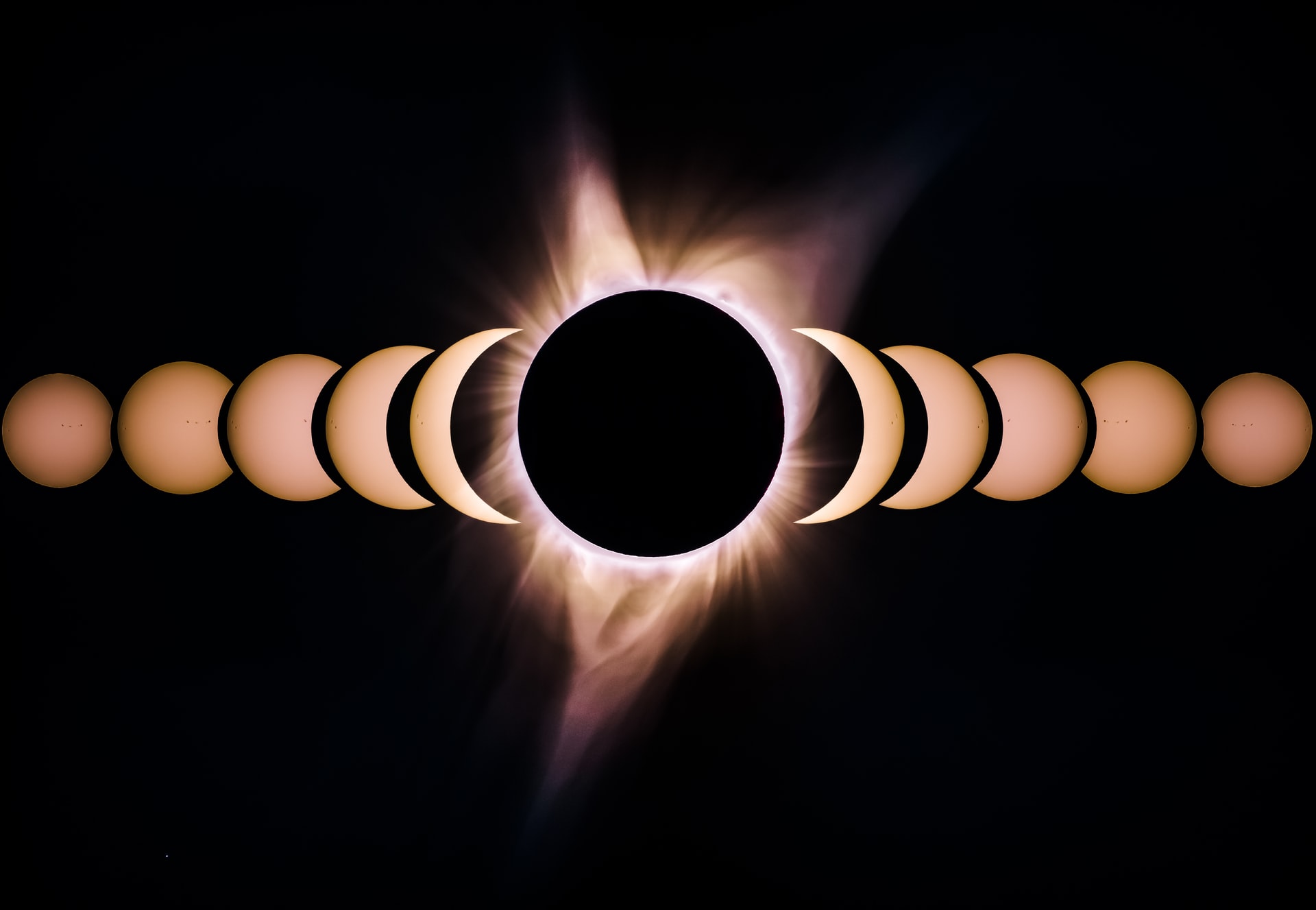 Why would a solar eclipse appear different in Kent?

In anticipation of the solar eclipse on 10 June, Michael Smith, Professor of Astronomy in the School of Physical Sciences advises us on how best to watch this solar event, and explains the science behind it. He said:

‘The Sun in the Kent sky will appear different on Thursday morning (10 June). If you look directly at it, you will as always damage your eyes, but if you project the image onto a surface with binoculars or a mirror, you will notice that a chunk from the top is missing. Instead of round, it appears exactly as if some celestial being has taken a bite out of it. The “bite” gets about 60% of the way to the centre in Kent or about 30% across the solar disc. Hence we call it an eclipse with magnitude 0.3.

‘Of course it is the stealthy Moon at work by creating a shadow on the Earth’s surface as it moves across it over a period of about two hours. From about 11.00 am to 11.30 am on Thursday morning, the apparition will be most prominent, with the sun high in the south-eastern sky.

‘This is happening because of an alignment between the sun, Moon and Earth. The eclipse appears almost as a total eclipse in a narrow strip of shadow in a small part of the world. However, over Kent, we are not in the shadow of the umbra, like an umbrella, but in the penumbra. The eclipse will be visible over the UK and different bite sizes will occur in different counties.

‘However, even in the umbra, the Moon in June is too close in its orbit to completely cover the Sun. This forms an annular eclipse, meaning that a tiny bright ring will be visible at the maximum eclipse.

‘Only three months ago we were talking about the pink supermoon. The Earth has moved ninety degrees around the Sun from spring to summer and so the moon is now seen along the major axis of its orbit instead of its minor axis. Being further away, it appears smaller than average and is unable to completely cover the Sun.

‘There is no need to turn on the lights on Thursday morning even though the great dimmer switch in the sky is being utilised to cut the light by 18%. Clouds often have a greater effect. Please don’t look at the Sun. Eclipse shades, which cut out at least 99.9% of the light, are recommended.’