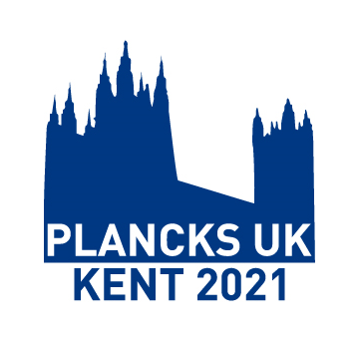 Hosted by the University of Kent

Over the weekend of the 19th to the 21st of February the University of Kent hosted the 2021 UK and Ireland Preliminaries of the international physics competition; PLANCKS (Physics League Across Numerous Countries for Kick-ass Students), organised by five fourth year physics students in SPS.

The main event of the weekend was the four hour exam, where participants tackled 10 questions from various areas of physics in their teams of 3 or 4. Out of 47 teams, ‘The Fences’ from Oxford University came out on top, followed closely by two teams from Cambridge University, ‘The Dark Fermi Gang’ and ‘Corpus Physti’, who came out second and third. The winning team now goes on to represent the UK and Ireland in the International finals being held virtually by Porto, Portugal, in May.

Whilst this was a competition, the whole weekend was full of events for the participants and members of the public, the weekend saw four main speakers give lectures: Prof Nigel Mason of SPS; Dr Hannah Price of Birmingham; Prof Ofer Lahav of UCL; and Prof Jim Al-Khalili of Surrey. The evenings of the Friday and Saturday were filled with social activities; on the Friday, a pub quiz held by committee president Anthony and chairwoman Molly was a great success with the team ‘PLANCK it to ya’ from Manchester winning, whilst on the Saturday the ‘Are You Smarter Than an Undergrad?’ quiz show hosted by Anthony witnessed a high turnout to see which one of the panel of academics would come out with the highest score, and it was Kent’s own Dr Sam Carr who bested the other academics.

Other events over the weekend included a live tour and Q&A, from Adam Powell and Dr April Cridland, of CERN, and a ‘speed science’ event, where Dr Carr; Dr Bradu; Prof Buchell; Dr Ramos and Dr Kinnear, from SPS, gave condensed presentations about who they are and what they do here at the University of Kent.

The whole committee would like to say a huge thank you to all participants and attendees of the weekend, we hope you had as much fun as we did.